Jenna Wortham and Wesley Morris Are Working Through It

Like two halves of a BFF necklace, Wesley Morris isn’t a jewelry person but Jenna Wortham is. Not that they’d need to tell you that. When the pair arrived on a recent Friday afternoon at the Bed Stuy showroom of L’Enchanteur—a local jewelry and clothing brand run by Dynasty and Soull Ogun, identical twin sisters and friends of Wortham’s—Morris was dressed in a black cashmere-blend sweater, selvedge denim, and completely unadorned. Wortham glided around in loose and flowy linen, glittering as the light reflected off an array of gold and silver rings and earrings. 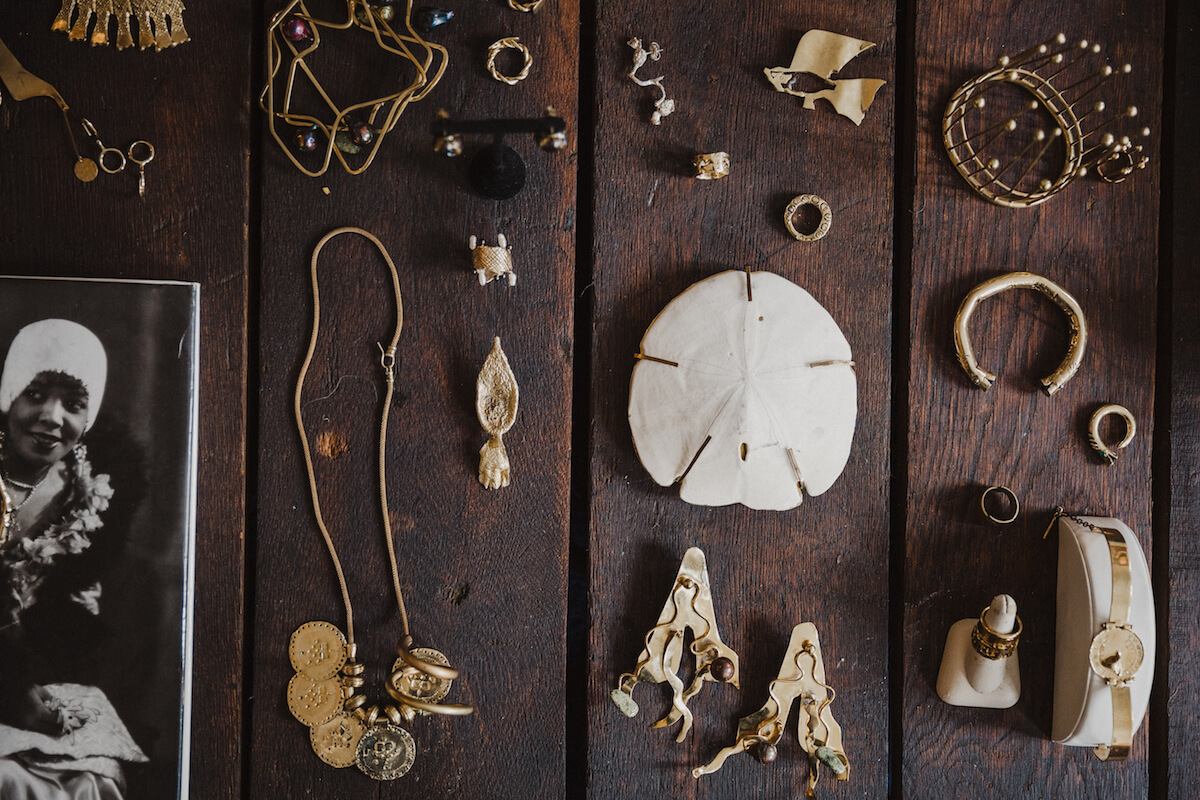 The mission that day, if we were ready and willing to accept it, was to get Morris to see the gold-plated light. A chain, perhaps? A thick bracelet? A statement-making pinky ring?

Morris reminisced how, a few years back, he had worn a chain on a daily basis, only to learn quite quickly that his friends found it tacky, if unbecoming. He gave it to a cab driver in Cuba when he realized he’d run out of cash.

Inside the apartment showroom, the pair, both star reporters at the New York Times and co-hosts of The Gray Lady’s popular culture podcast Still Processing, floated about like well-practiced dance partners. When Wortham moved, Morris followed. When Morris caught his eye on a precisely hammered gold band, Wortham leaned in to see. On a merlot-colored leather armchair, they sat bent in one complementary form, Wortham’s hand resting over Morris’s. “Oh, I thought you wanted to hold my hand,” Morris says, bursting with laughter. Wortham had! But she also wanted to take a picture of the rings they were both modeling.

The symbiotic, loving energy that the colleagues-cum-friends radiate began to take form very early on in their acquaintance. 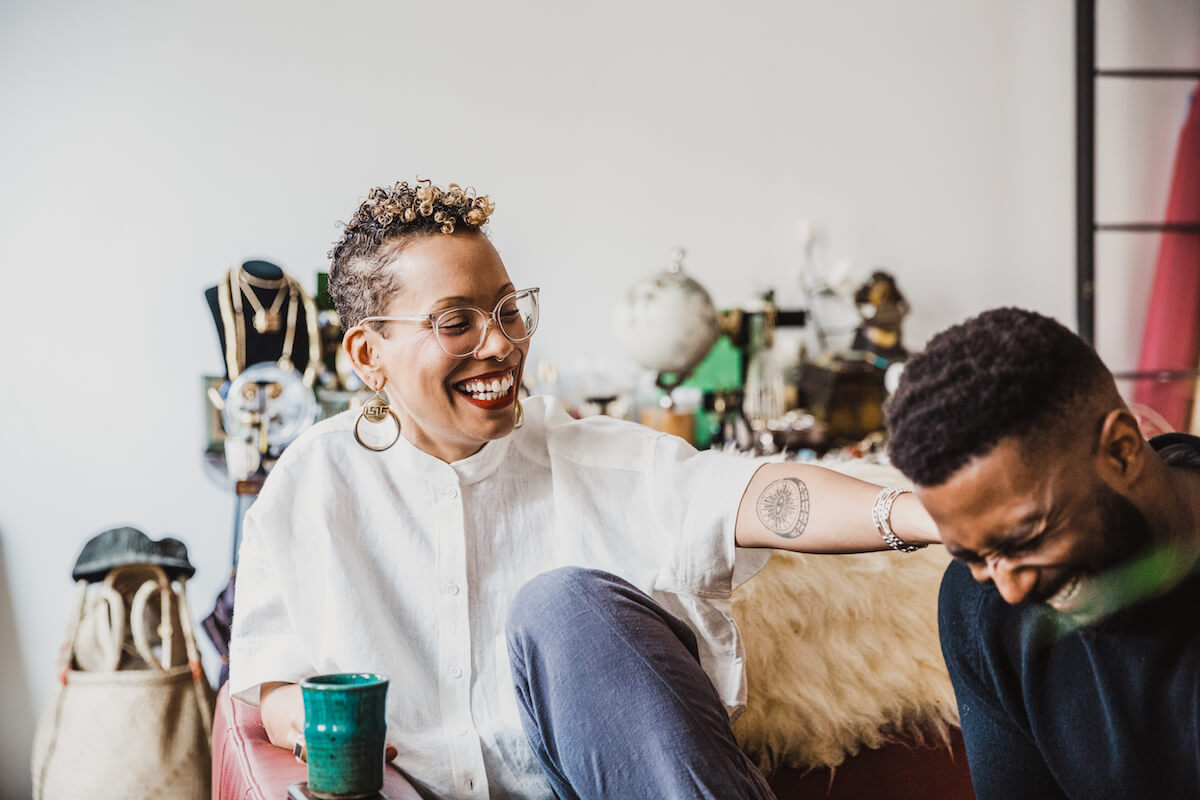 “When Wesley won his Pulitzer, I was a baby reporter at the Times,” Wortham, who had been tasked with covering Morris’s 2012 win for criticism when he was still at the Boston Globe, says. “They make you call the winners to do short write-ups.” Here, she spoke directly to Morris. “I got your name and read your pieces. I had to call you and I got your voicemail and I was like, ‘Oh shit, he’s a brother.’” Wortham left a message, wrote and filed the story, then went out to get lunch. “Usually you just know you’re not going to get a call back. I came back from getting food and on my voicemail, I had the nicest, longest message. ‘This is the deal, here’s how I am, I’m excited, I’m not that excited.’ It was very special. Most people would not bother.”

A few years later, Morris saw Wortham at a party for the beloved, now-deceased blog The Awl. “I remember saying to my friend, ‘Who is that?’ Everybody sort of flocked around her. I wanted to go in there and see what was going on.”

Their friendship blossomed from there, growing deeper and stronger when Morris came to work alongside Wortham at the Times in 2015 as a critic-at-large. “When you say you have an easy friendship with somebody, it implies something that I don’t want to imply,” Morris says, having patiently held his hand in place on top of Wortham’s for as long as she needed to get a perfect shot. “I would describe it as really good osmosis. There’s a mutual transference of something. I would say that we are in a membrane together: things can permeate in and out, but we are the thing inside of it.”

Still Processing launched in September 2016. On the podcast, now in its second season, the two agile minds meditate on everything from RuPul, Martin Luther King Jr., and technology’s omnipresent role in the modern world to wellness, racism, and the subject of aunties across cultures. Wortham and Morris have different taste on many subjects, but it’s the friendly volleying and interrogating of each other’s perspectives that makes Still Processing so delightful. Their compatible energy is remarkable.

“We have to tend to our vibe for the show to be good,” Wortham told me. “If we’re not in a good place, how can we come into a room and actually share? So much of the show is not knowing what we think about something, but working through ideas and trying to figure out how to make sense of the chaos of the world. If we’re not feeling generous toward each other, then it’s hard. I don’t think we’ve had that problem yet.”

Are they afraid that that could happen? That they could run out of things to talk about it, or that they’d get bored of each other?

“I’m not sick of you!” Morris says to Wortham. “Are you sick of me?!” Of course not. “Part of the reason we wanted to do the show is because we wanted to talk to each other,” Wortham says. 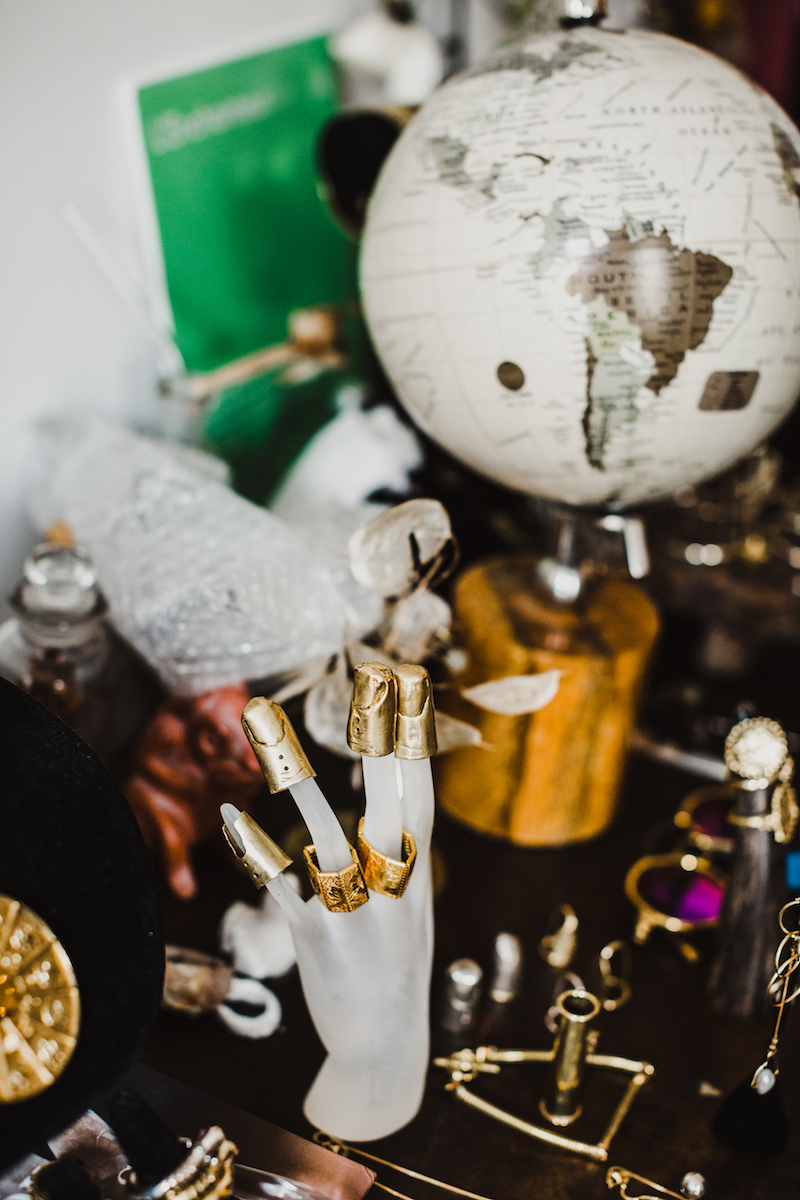 The pair inspected a few different pieces of L’Enchanteur jewelry—often worn by the legend Ms. Lauryn Hill herself—eventually devoting their attention to a wrist cuff with thin gold stems running around the band like a crown. Morris responded to the way it looked on Wortham’s wrist with sincere enthusiasm. “All of these pieces are so thoughtful and idiosyncratic. That one is very Ursula.” Here, Wortham told Morris, who was hearing it for the first time, that The Little Mermaid’s Ursula is a black woman. He wondered, then, why the character from the 1989 children’s film wasn’t voiced by Della Reese.

These kinds of pop culture details pepper the pair’s conversation, in life and in their work. “The minute she tells me to do something, I just try to do it as soon as possible,” Morris says of his friend and co-host’s recommendations, knowing that he’ll almost certainly like or at least find interesting the things she recommends. “I think everything is interesting, even shitty things,” he says. Wortham, on the other hand, often steels herself for not exactly enjoying what Morris has asked her to indulge. The week we met, Morris made Wortham watch the Roseanne reboot.

“He tells me about things all the time that I don’t like. Barbra Streisand, Katy Perry, Gwen Stefani.”

“I don’t get your Barbra Streisand aversion!” Morris howled.

“I’ve been trying to avoid the entire canon of Tyler Perry, which is now impossible because of the Taraji P. Henson movie coming out,” Wortham says. “He’s right. It doesn’t make sense to think about how culture is moving and what it’s telling us about where we are and then avoid whole chunks of it. Even if it doesn’t feel relevant to my life, it’s interesting.” 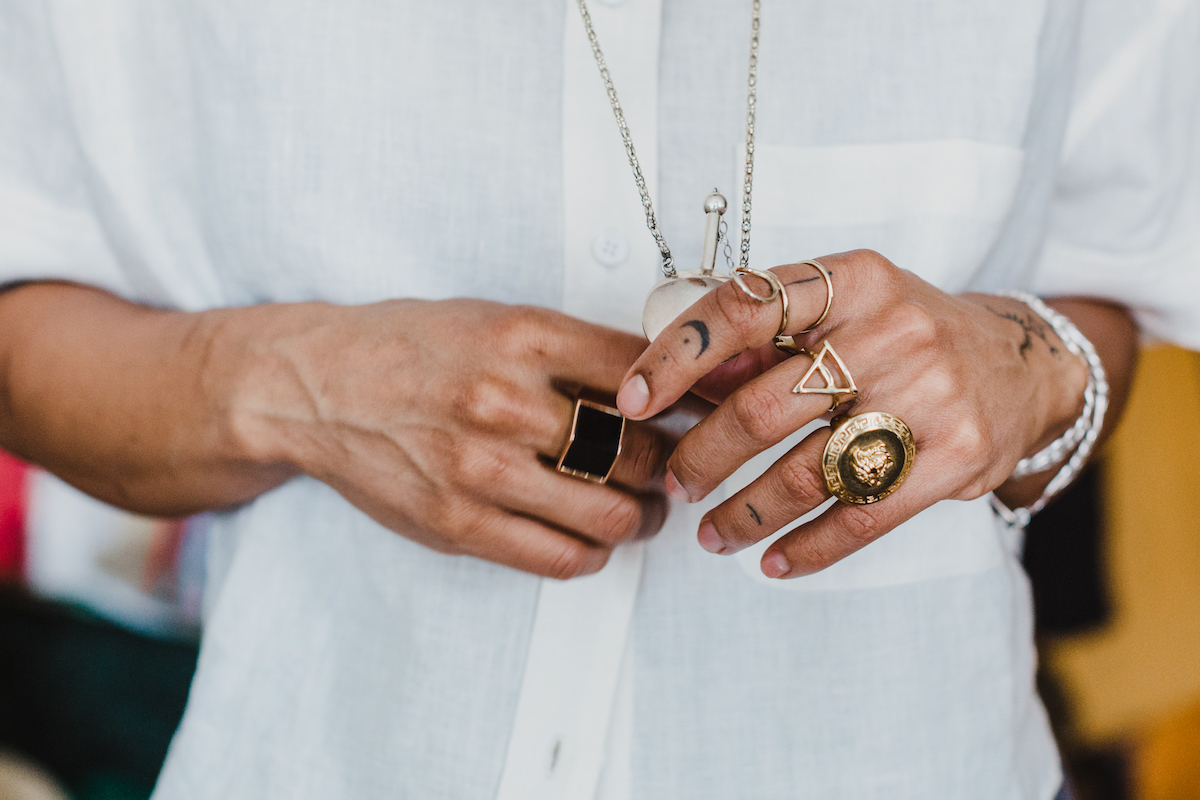 After an impassioned discussion about hiking in Morocco, the physical process of recording a podcast, SZA, body oils, film festivals, the political significance of camouflage, Jack Dorsey, and (so much) more, it was finally time for the co-hosts to make their jewelry selection. Unsurprisingly, both Wortham and Morris landed on a smooth-surfaced protective charm hung from a long, polished chain—Wortham’s in gold, Morris’s in silver—and a few other pieces, even a pinky ring.

“I just want more jewelry. If I keep looking like a witch, I’ll eventually step into my real being,” Wortham says. “I like the idea of accumulating an aura around me that makes me feel at least some iota of security.”

Morris—newly converted from jewelry-averse to jewelry-positive—smiled and nodded along as Wortham talked, his aura projecting the kind of inherent understanding that only a true friend can provide.