The source for shopping decisions, impulses, and inspiration
Photography by Jai Lennard
The Goods

How a New York City couple mixes work, home, and love—all under one roof. Published: July 01, 2019

For Andrés Modak and Rachel Cohen, work is life and life is work. Not in the way you might be imagining: startup founders hustling day and night to improve profits, build a brand, and deliver pitch-perfect Instagram content (though they wouldn’t deny that that is certainly true, too). No, Modak and Cohen, co-founders of direct-to-consumer homeware retailer Snowe and romantic partners in real life, live and work in the same Gramercy loft where their products are on display. The greatest hits in Modak and Cohen’s line of home goods are set up and staged in a wide open space only a few feet from their bedroom door. That wide open space, when by-appointment visitors aren’t poking and prodding their way around it, doubles as their apartment. 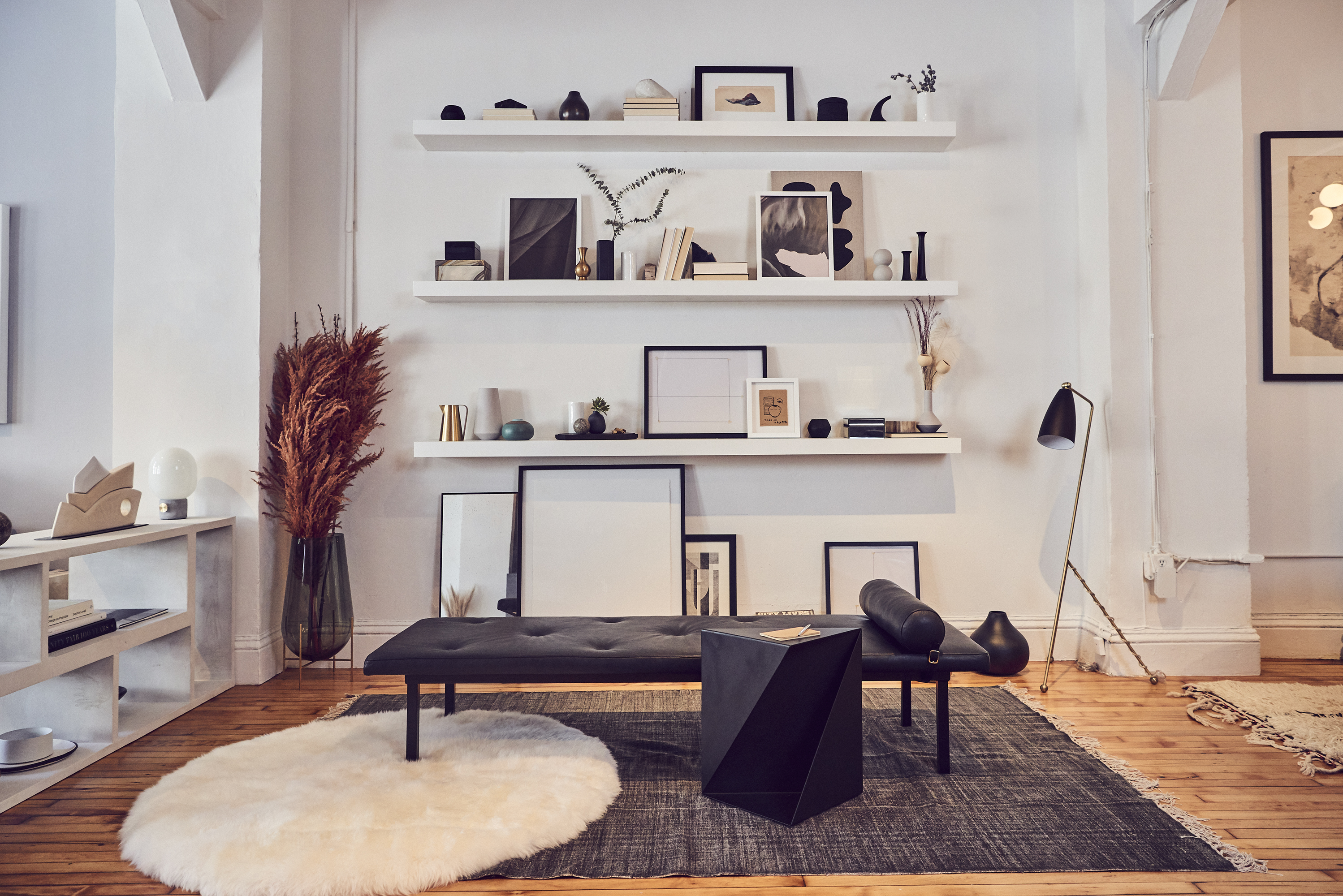 “People are like, ‘Wait you guys are crazy,’” Cohen said before I had the chance to tell her exactly that. “But we’re a couple that started a company together so we’re really living and breathing it. If we weren’t both working on it and you had another partner coming in while the team was still there, I think it would create a very different dynamic. For us, it works this way because Snowe is a part of us and it’s become our life.” 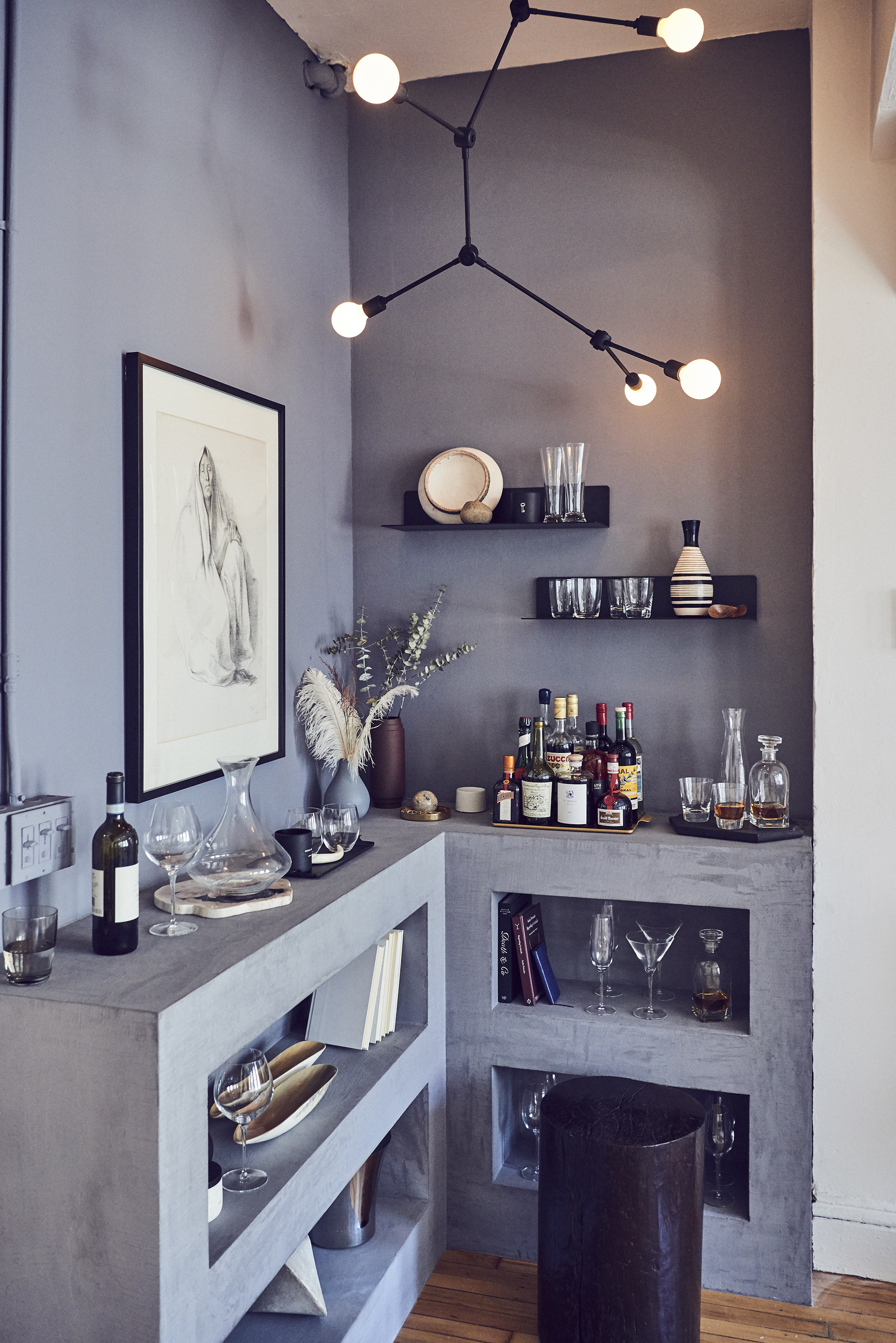 On a rainy Friday in early April, we chose to traipse our sodden shoes and heavy coats into a WeWork near Union Square instead of through their clean, minimalist home-slash-showroom. It’s not that Modak and Cohen wouldn’t have invited me (they are the furthest thing from rude), but The Whitespace, as they refer to their headquarters, was being renovated. It would reopen next week for its second season of events and appointments so that all of Snowe’s dedicated shoppers could come look, touch, and ruminate over the things that they might buy to turn their houses into homes. It’s what Modak and Cohen wished existed when they were searching to do the same a few years ago. So they, uh, just made it happen.

Here’s the story: when the pair began building their life together after moving to New York in 2014 from Philadelphia, where they met during business school at Wharton, they realized their taste—spare, subtle, understated—was underrepresented at the traditional big-box home goods stores.

“It was the same ubiquitous design that we’d see everywhere. We’d walk into our friends’ apartments and everything would look the same. The quality was mediocre and it was from these mass-market brands,” Modak explained. “It was also a pain that all of these stores were being over merchandised. It wasn’t a nice shopping experience.” 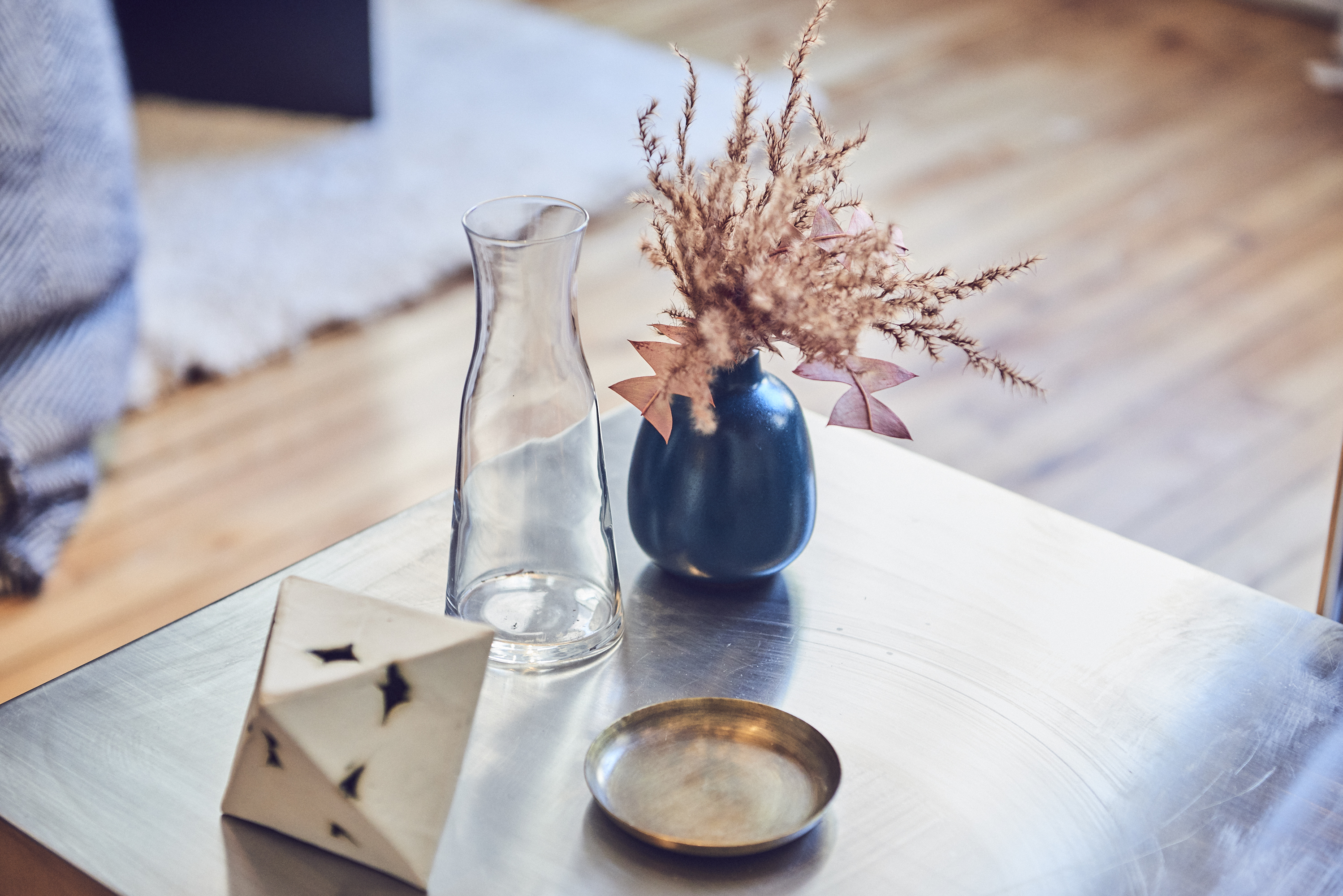 The alternative wasn’t great either. If you couldn’t find a high-quality set of wine glasses at Bed, Bath, and Beyond, you’d be stuck spending a fortune on a kitchen necessity you’d almost certainly break within a week. 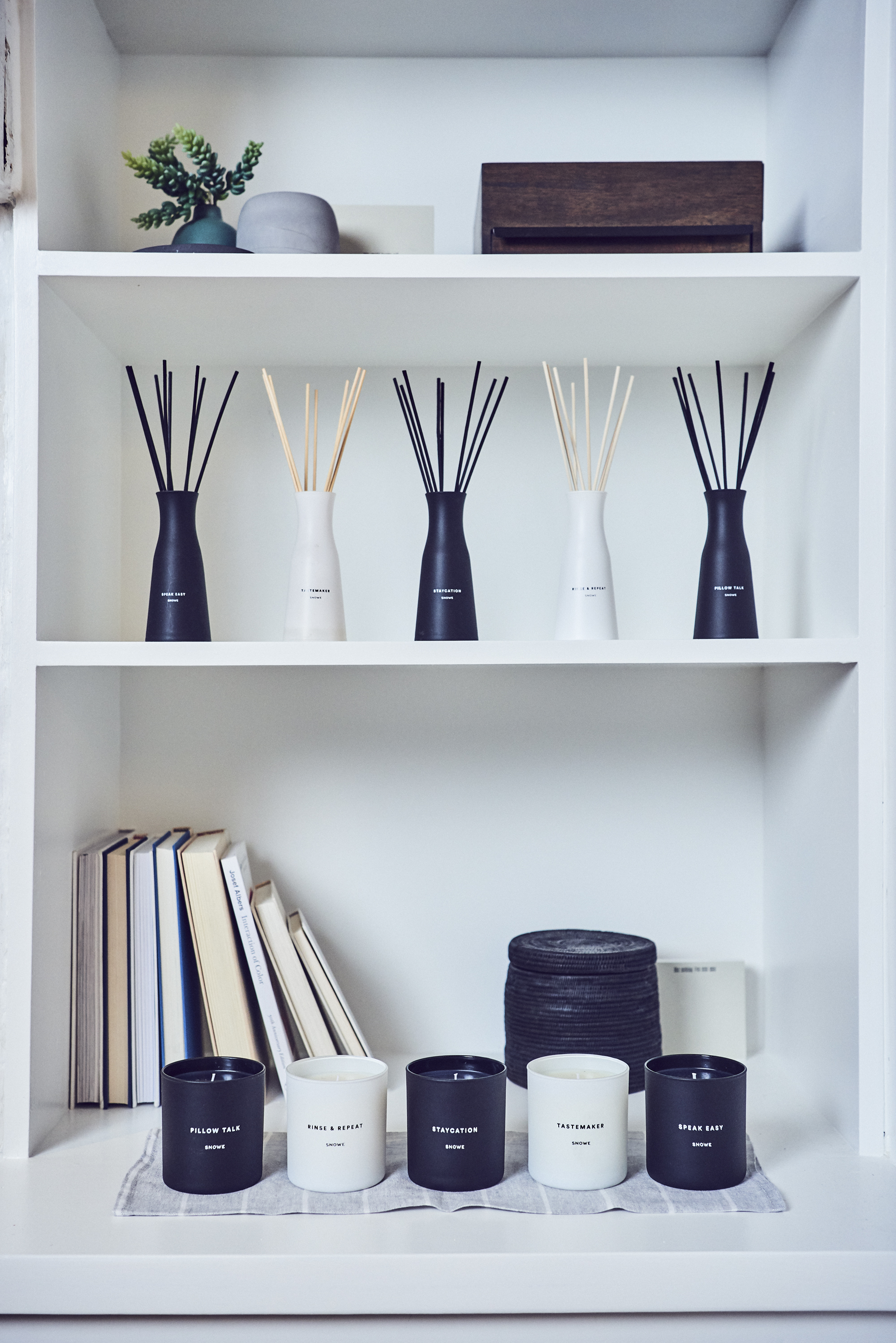 Cohen concurred. “We found that customers have a really difficult time sifting through all these products for the home.” It’s the paralysis of choice: when too much is on offer, and in too many varieties, it’s much harder to actually land on something you want to buy. The couple, whose taste skewed more minimal and less color-saturated, decided to employ their business school smarts and start the thing they wanted in the first place: thoughtfully-designed high-quality home goods at a reasonable price. Casper had done it. Everlane had done it. Snowe, which launched in 2015, would be the next.

“When we were launching, a lot of this didn’t exist in the landscape. We wanted to build out a lifestyle,” Cohen told me. “We thought about it holistically. What are the elements that you touch on a daily basis, and how can we enhance that? I usually liken [what we provide] to the jeans and white T-shirt of the home.”

After traveling the world and meeting designers and artisans with whom they’d eventually collaborate, Modak and Cohen suddenly became full-time business partners as well as romantic partners and roommates. A little over three years later and you can buy almost all of your home staples through Snowe. (Not furniture—yet. “Is furniture a possibility? Absolutely,” Modak said when I asked. “But running a furniture company is very very different than running the company that we’re running right now.”) 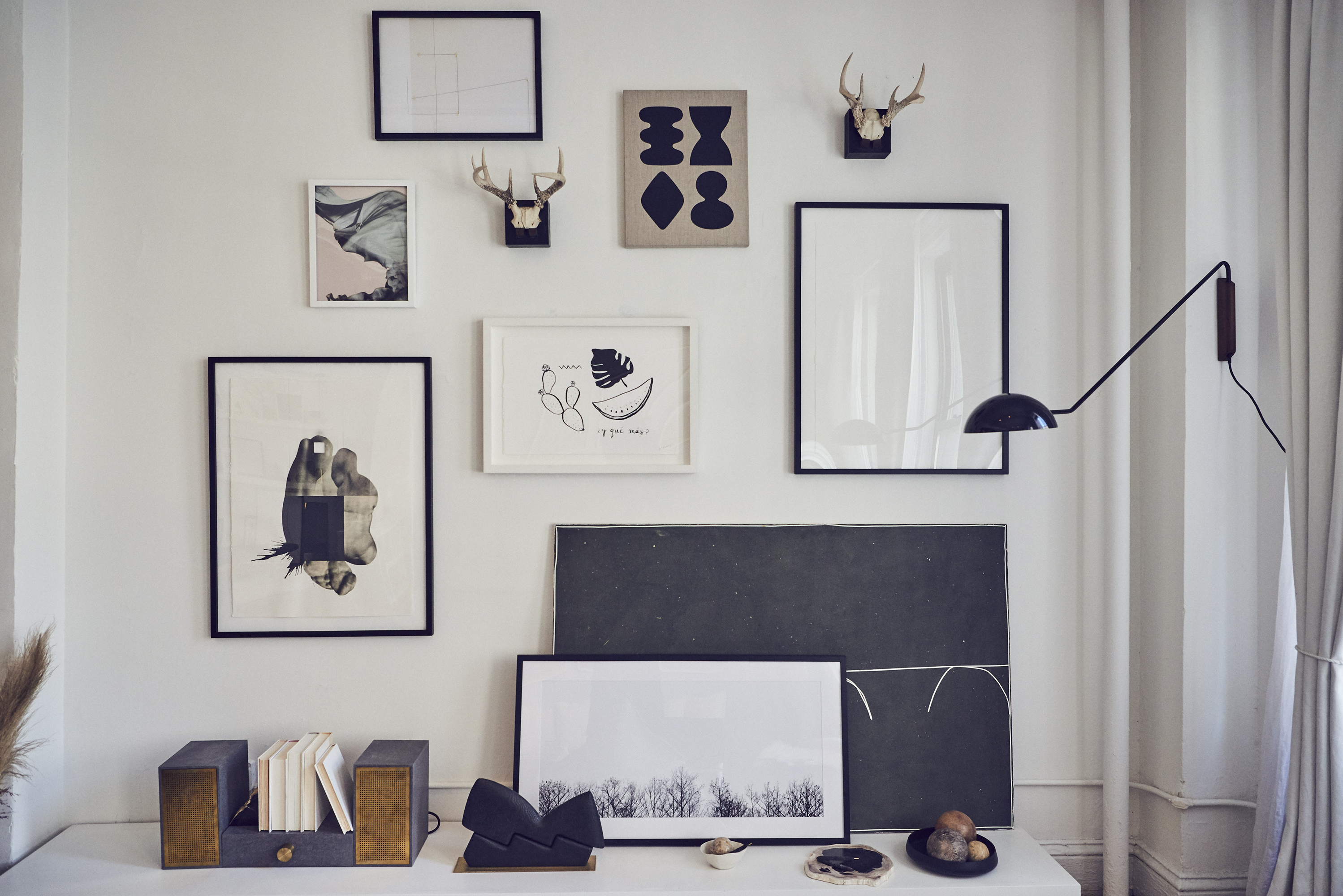 Looking around at the geometric chairs and dark wood at WeWork—another startup that prides itself on fetching design—it was clear that this wasn’t quite the pair’s style. But as co-founders of a growing business, was there room or maybe even a necessity for constant evolution in their own personal tastes as well?

“We’re trying new things. Last year’s iteration of the showroom was very monochrome, very ultra clean. It was very muted. We did that because that’s how we were feeling at the time,” Modak explained. Now the couple and business owners are looking at “color within reason,” he said. “We did a few accent walls. We brought in floor textiles. Originally, we would not have done that, but the renovation was an opportunity to refresh.”

It would stand to reason, then, that there are things behind that blocked-off partition to Modak and Cohen’s bedroom that are perhaps a little (or a lot) different from what Snowe is growing into and selling.

“It’s things like his books of CDs that I don’t know where to put and I want to throw away,” Cohen said, laughing. “I’ve thrown out a few things that I’ve gotten in trouble for.” There’s also a bed frame they aren’t wild about and a headboard they constructed themselves when they couldn’t find the exact style they wanted. Admittedly, it’s part of what makes running a company like Snowe convenient. “When we can’t find it, we just have to make it,” Modak said. 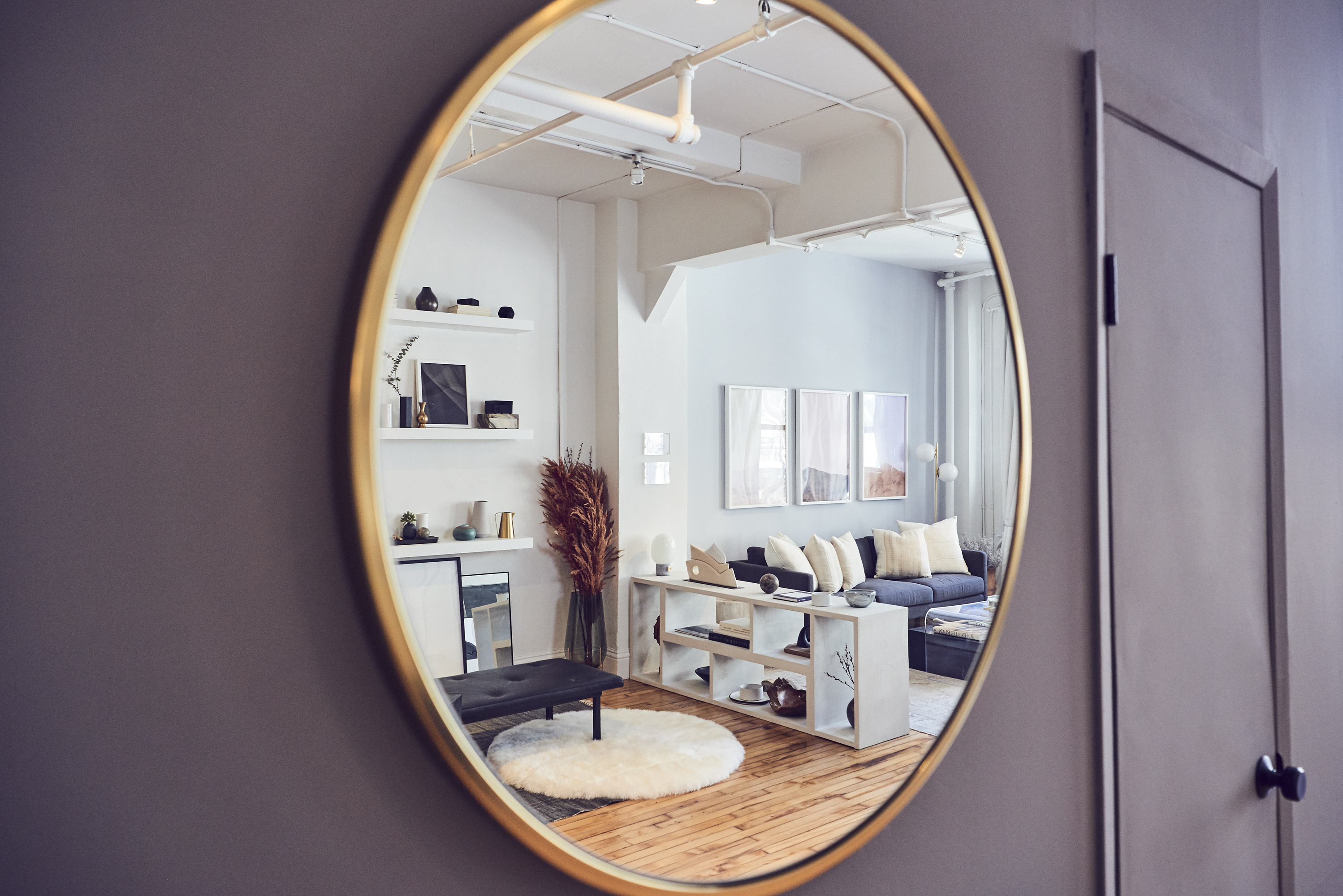 They can’t make everything, though. Modak would really love to get a beautiful, well-made record player, along with a curated collection of vinyl by his favorite artists. “I love music, I’m kind of obsessed with music,” he told me, adding that one of the downsides of streaming is that “it’s not as conducive to keeping and sorting everything.” By starting up a personal collection of records, Modak wants to be able to “relive and connect with those moments.”

For Cohen, she’d like that bed frame. “There is so much mass market stuff out there. A really high designed one can cost you $10,000!” she said with indignation. Cohen then motioned to Modak to remind him. “What’s that really weird thing I always say that we need? You remember?” Modak’s face registered the memory of what was clearly a recurring domestic discussion of theirs.