Mr. Black is Mixing up the Coffee Cocktail

Forget the White Russian—there’s a lot more you can do with coffee liqueur.Published: October 16, 2018

Coffee liqueur has a bad rep. Perhaps it’s because most of us first got drunk off Kahlua stolen from our parents’ liquor cabinets. Or because that one Uncle (we all have one) falls asleep every Thanksgiving after his third Irish Coffee. Or, quite simply, because most coffee liqueurs are just bad: saccharine sweet, derived from dubious coffee sources, and laced with artificial additives that slink down your throat with a medicinal burn.

Australian coffee liqueur brand Mr. Black is serving something different. Equal parts roaster and distiller, the Sydney-based company is determined to bring the culture of craft coffee “into the night.” The cold brew coffee liqueur, made by hand from premium Arabica beans and Australian wheat vodka, is boldly coffee-forward: a 1oz pour contains 25-40% of the caffeine found in a single espresso.

At this past weekend’s New York Coffee Festival, we chatted with Martin Hudak, Mr. Black’s Global Ambassador. Read on for his insights on the emergence of (good) coffee cocktails.

Right now we’re drinking a Coffee Negroni, made from Mr. Black, gin, campari, and sweet vermouth. It tastes like a classic negroni, but with a subtle kick of cold brew. What’s your approach to mixing coffee and spirits?
The easiest way to approach any cocktail with Mr. Black is to start with the classics. If you can execute a classic cocktail, then you know how to use Mr. Black.

That bold coffee flavor comes from the fact that our liqueur has ten times the coffee concentration and half the sugar of other coffee liqueurs. We use real cold brew concentrate so you can taste the natural flavor of the coffee.

How did you get into coffee and cocktails?
After my studies, my first job was at a little local coffee shop back home in Slovakia. The shop opened early in the morning and served coffee, and then it turned into a cocktail bar at night. My boss asked me: “do you want to be a barista or a bartender?” and I said, “I want to do both.” So I started opening the café and closing the bar, and I fell in love with both.

At that time in Europe, there were good bartenders and good baristas, but very few people were doing both. There was no local coffee culture; people were still drinking instant coffee, coffee that was as cheap as possible. In the last three or four years it’s gotten better. Baristas are starting to open their own coffee shops and spread a vision of better quality, better technology, and better beans. The younger generation is setting higher standards, and now it’s common to go into a coffee shop and ask for a flat white or a pourover.

In 2017, you won the World Coffee in Good Spirits Championship. How did you get there?
I started doing competitions in 2010, and made it to the finals of the World Coffee in Good Spirits Championship many times. Finally, in 2017, I became the World Champion of coffee cocktails. It’s been a long journey from the small shop in Slovakia! I worked there for five years before moving to London to work as the senior bartender at the American Bar at the Savoy Hotel, which is the oldest cocktail bar in Europe and has been ranked #1 in the world.

Now I’m living in Sydney, Australia, working at Mr. Black and travelling the world to educate consumers and trade professionals about coffee and cocktails. We go straight to the farms to source our beans. I’m going to Brazil in two weeks to meet local farmers and build a relationship there.

How knowledgeable are bartenders about mixing coffee and spirits?
They’re very bad! Bartenders take care of the spirits and they forget about the coffee. They don’t know that much about coffee, which is why they try to avoid it. Mr. Black is providing a way to make coffee cocktails with consistency and speed. Using Mr. Black liqueur, bartenders don’t need to hook up a machine, they don’t need to know anything about coffee.

It’s the same with baristas and spirits: their knowledge is limited to brewing great coffee. They can’t make a true martini or a negroni, or any of the classic drinks. 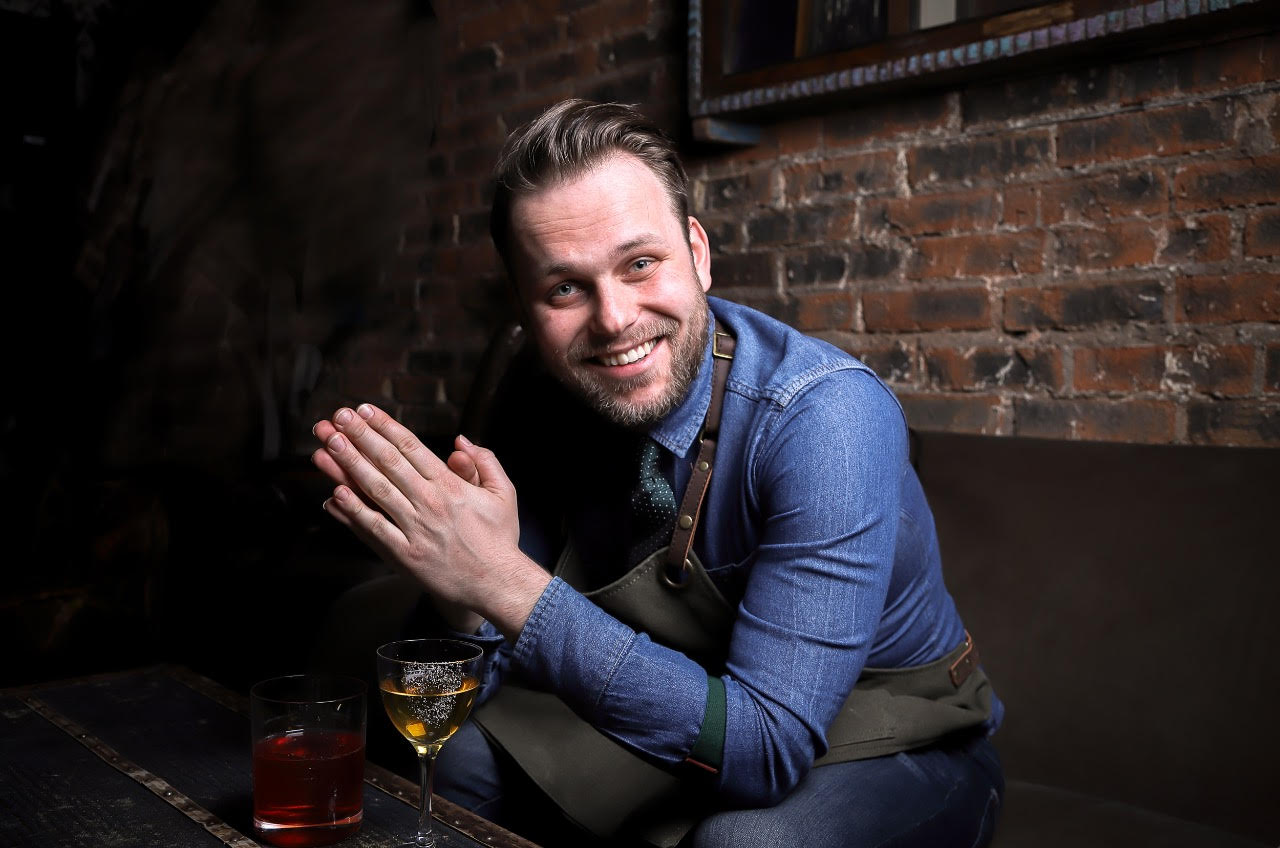 What do you look for in bourbon?
I divide bourbons two ways: there are ones that are great for cocktails, and ones that are great for sipping. For cocktails, I look for a balance between sweetness, proof, spiciness, body, and finish. The flavors can’t be too crazy. I look for something that’s, I don’t want to say “average,” so let’s call it “normal.” Price matters, too, of course. You don’t need to spend as much on a bottle that you’re using for cocktails.

If I’m sipping something, I want to feel a “wow.” I want to be like, “what is this?” I look for something with a lot of character.

What are some good recipes for mixing bourbon and Mr. Black?
A super easy recipe is what we call the “Cold Fashioned.” It’s like an Old Fashioned, but uses Mr. Black instead of sugar. I use Mr. Black, bourbon, and some orange bitters. Stir it over ice with some orange peel on top. Another classic is the Manhattan. Take bourbon, sweet vermouth, and some bitters, and then add some Mr. Black. Serve it straight up, garnished with a cherry.

What’s an approachable bourbon cocktail for people who aren’t well-versed in the spirit?
I would go for something lighter and longer, like a highball. I’m imagining bourbon and a very dry ginger ale, with a splash of Mr. Black and lots of fruit. Don’t be afraid of pairing bourbon with tropical fruits, like mango and coconut. What’s your favorite cocktail right now? Anything in my glass! But honestly, right now I’m a big fan of clarified drinks. Clarification is a process that removes the cloudy color of milk. When you clarify a coffee cocktail with Mr. Black, you can keep the beautiful silky flavor of the milk, but it won’t look like milk.

What are your favorite bars in New York City for coffee cocktails?
It’s been pretty busy with this festival, but I’ve still been able to try some great bars. Angel’s Share and Caffe Dante are great. I love the NoMad Bar—oh my god, what a great hotel bar.