I Dropped a Knife on my Foot & Other Horror Stories

Meal prep can be a dangerous endeavor. Here are three of our spookiest stories. Published: October 29, 2018

Of all possible cooking fiascos—burnt hands, stinging eyes, bruised egos—the accidental knife cut might be the most traumatic. It is, almost certainly, the most dramatic. According to those who have cut themselves in the kitchen, there’s way more blood than you would expect. And that’s before emergency paramedics get involved. In the spirit of Halloween, we asked around for tales of bloody mishaps. (Don’t worry: all appendages remained intact.)

Beware if you’re the squeamish type: the following article contains images and anecdotes that may be too graphic for some readers.

From Caitlin Hickey, an art director in NYC:
About 2 years ago I was living alone in the East Village. I was standing at my counter chopping some onions, when somehow I lost my grip on my knife. You know how when people recount horrifying events, they're often described in slo-mo? That's exactly what happened. I watched the knife fall directly onto my foot. Blood spurted out and I just stood there for a second, shocked, not really believing what just happened. I quickly fell to the floor applying pressure to my profusely bleeding wound and sort of just sat there hyperventilating, weighing my options. I'm not the type of person who goes to doctors, not a hypochondriac at all. Normally I like to ignore things until they go away. For a little while I tried to decide whether or not I'd be able to walk to the hospital (which is ten blocks away—I really don't like asking for help) but blood was pooling on my floor and I started to get light headed. I crawled over to get my phone, leaving a pretty grisly trail, and called 911. I gave them my address and they told me to "hang tight."

In the interim, I made the idiotic decision to call my always supportive mother. She picked up the phone and I hysterically told her not to freak out and then recounted what happened. You would think she'd respond with concern or, I don't know, compassion? But the first (yelled) words out of her mouth were, "You were cooking without wearing shoes???" So I hung up. Thankfully, I was clear headed enough to snap some pics to send my mom in the future with the hopes that I'd make her feel bad. 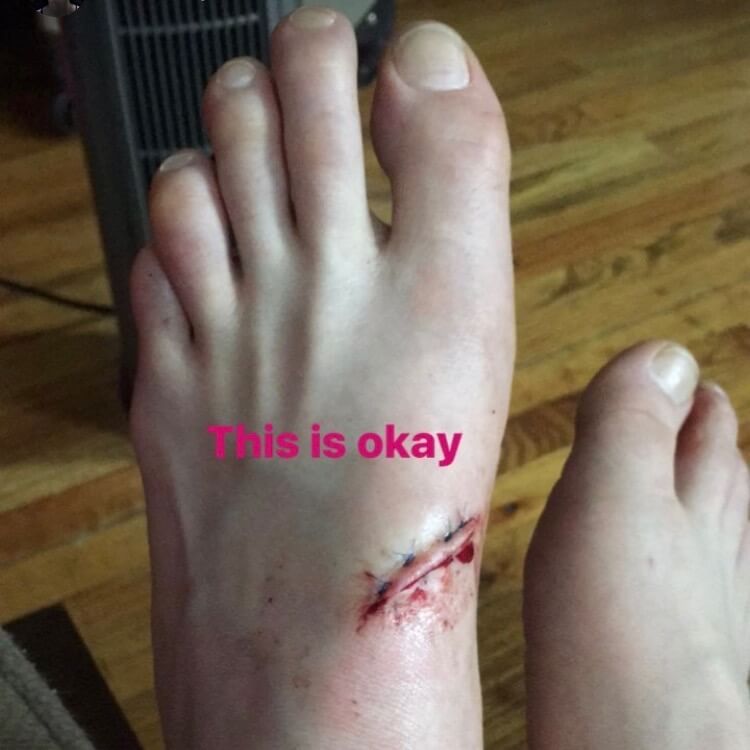 Eventually the EMTs arrived. After they wrapped my gaping wound in ridiculously tight bandages, they tried to put me in some weird gurney thing to carry me down the stairs. I started freaking out and insisted on walking down the stairs from my 4th floor walkup. In retrospect, that was dumb, but whatever. I got in the ambulance and the EMT proceeded to HIT ON ME after informing me that I had "nicked" an artery. I declined to give him my phone number (he obviously didn't know how to read the room) and they dropped me on another gurney in the hospital and told me to wait.

Eventually, one of the nurses took pity on me and gave me a couple painkillers to calm me the f-ck down, so I was pretty high by the time the doctor unceremoniously shot my foot with some numbing garbage and stitched me up. They kicked me out and I hobbled home (again, unclear why I thought walking would be a good call). When I got home I decided I should probably clean up the lovely puddles of blood, some of which had congealed.

A week or so later, I took the stitches out myself because there was NO WAY I was going back to that hospital. And that was that. The top of my foot is still really numb and my toe is f-cked up (it sits at a weird angle and I can’t really move it), but luckily I still have a foot! And I didn't die.

From Mary Demas, a software analyst in Wakefield, MA:
I flew home five years ago to attend my good friend from high school’s wedding. The minute I got to my parents’ house, my mother pointed out some avocados on the counter that would be good for a snack. I cut one in half with a new strange knife that was at our house. I tried my normal “stab the pit” technique—and the knife tip slipped right by the pit, straight through the avocado and through the edge of my hand! I immediately screamed and thought, “did that really go through my hand?” Yes, it did. I pulled the knife out and went to the doctor’s and got three stitches on one side and two on the other. I attended my friend’s wedding the next day with a bright red wrap on my hand that clashed horribly with my fuschia dress, but it made for a good story! I’m still not deterred from cutting avocados, even though I had my husband do it until the stitches came out. 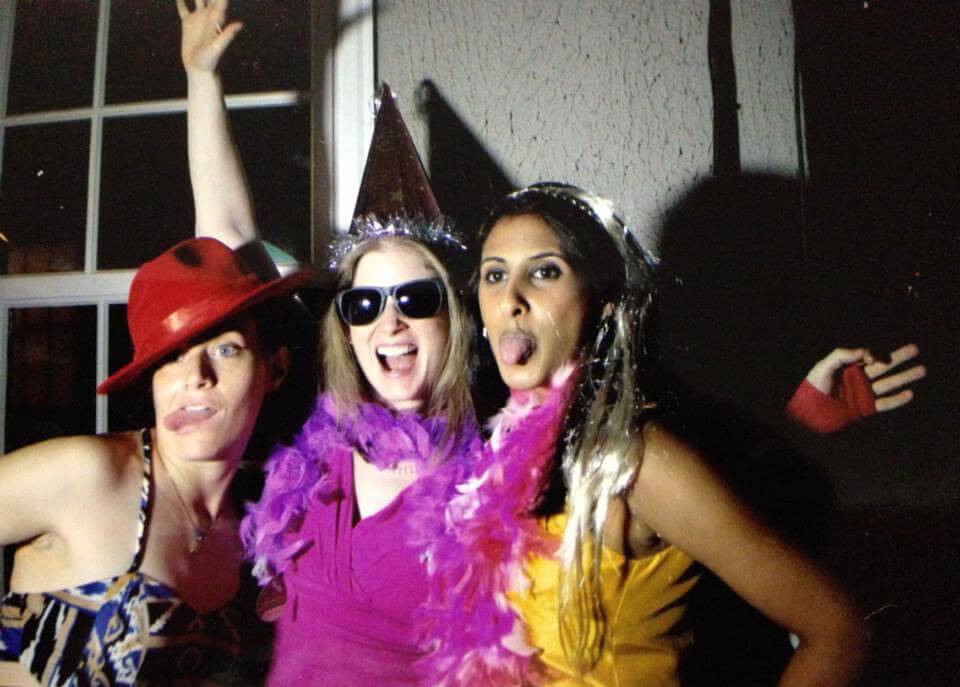 From Liza Therkelsen, Publishing Strategist at Quiddity in NYC: 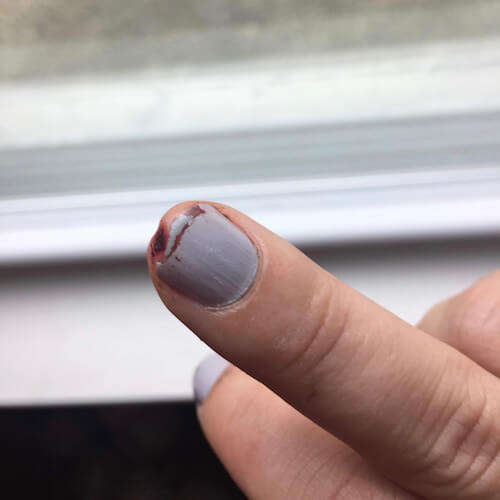 What I wanted: a skinned potato. What I ended up with: a skinned finger and a torn nail. What I learned: don't substitute a cheap knife for a peeler and don't hold a potato with your hand wrapped around the bottom of it. In all honesty, the picture looks worse than how it felt. I sent this photo to my mom (mistake #2) and she insisted I go to urgent care ASAP (as any good Jewish mother would). They wrapped up my finger and I had to wear a finger condom, which was incredibly embarrassing and I hope no one ever has to endure.

To avoid experiencing the above mishaps yourself, read knife handling tips from the pros here.