Cyndi Ramirez and Adam Fulton, by their own admission, met in “a hopeless place.”

“It was a long time ago, when we were 21 or so,” Adam Fulton told me from the couch of the artfully decorated West Side apartment he shares with his wife, Cyndi Ramirez. He pauses for effect. “...at a nightclub.” Both working in the hospitality industry, they quickly grew to like one each other, but New York being New York, they fell out of touch not long after.

It wasn’t until seven years ago when Ramirez and Fulton rekindled their budding romance. They moved into a loft in Dumbo—“This was before Dumbo was Dumbo,” Fulton said—and the couple’s romantic lives began to intertwine with their business interests. Ramirez contributed her branding acumen to Fulton’s marketing agency while she was getting her website, Taste the Style, off the ground.

“We ran both of those companies out of the same place. My team. Her interns,” Fulton explained. “Opening bars are definitely more my world but Cyndi was a partner in those, too, and I would help with her website.” 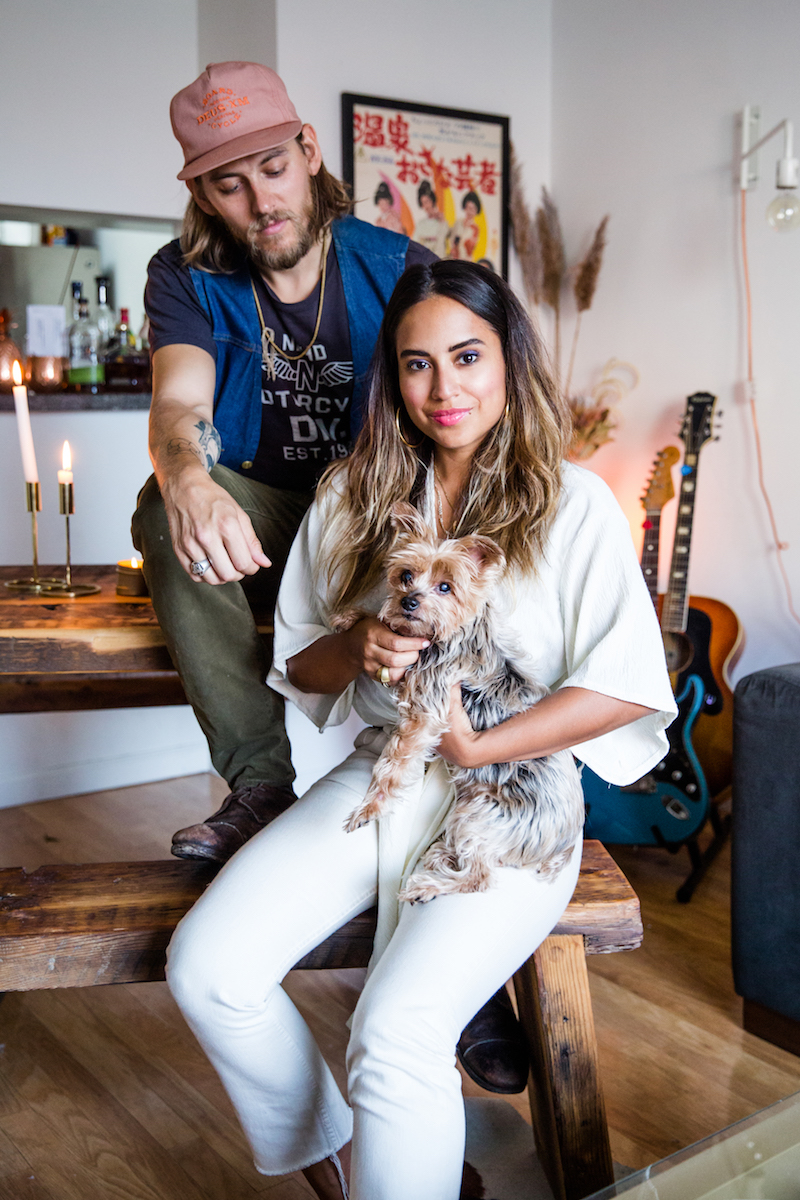 As Fulton’s marketing agency and then hospitality group took off and Taste the Style gained traction, the pair saw an opportunity to invest seriously in a new project. This time, together.

“We started dabbling in a lot of different projects,” Ramirez explained. But ultimately it was Chillhouse—a millennial-anchored cafe/spa/wellness center in the Lower East Side that the pair opened in 2017—that brought their talents together.

“I've always known that I wanted to end up in some sort of beauty brand in some way shape or form,” she continued. “My mom's an aesthetician. There was some subconscious thing happening. I saw her operating her little spa in Jackson Heights. I wished the spa industry wasn't so boring. It was such a quiet environment. That’s just not me.” 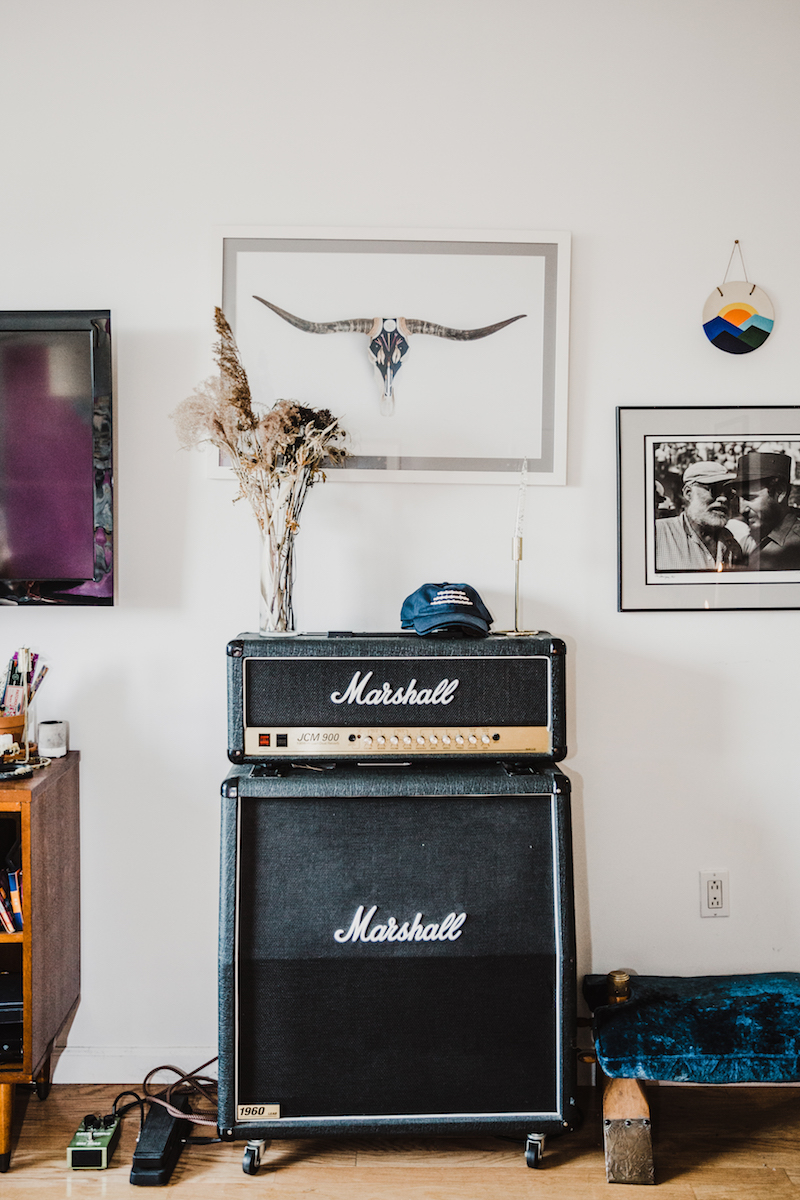 Fulton and Ramirez saw a wide open lane. “There are either super high end places or lowbrow options,” Fulton said of the spa landscape. So they decided to create the thing they were looking for. “We cobbled together some finances and opened the small shop on the Lower East Side.”

In two years, the couple planned a wedding, got married, planned a business, and opened its doors. But luckily, having successfully opened and run several different projects before, they were prepared for both. Their wedding was just another opportunity to flex their good taste. “We did the branding together [for the wedding]. It was cute. ‘What's our brand? What's our brand together?’ For me, it was more important to be playful and cute as opposed to being super chic and edgy. We do that with our businesses, that's enough.” 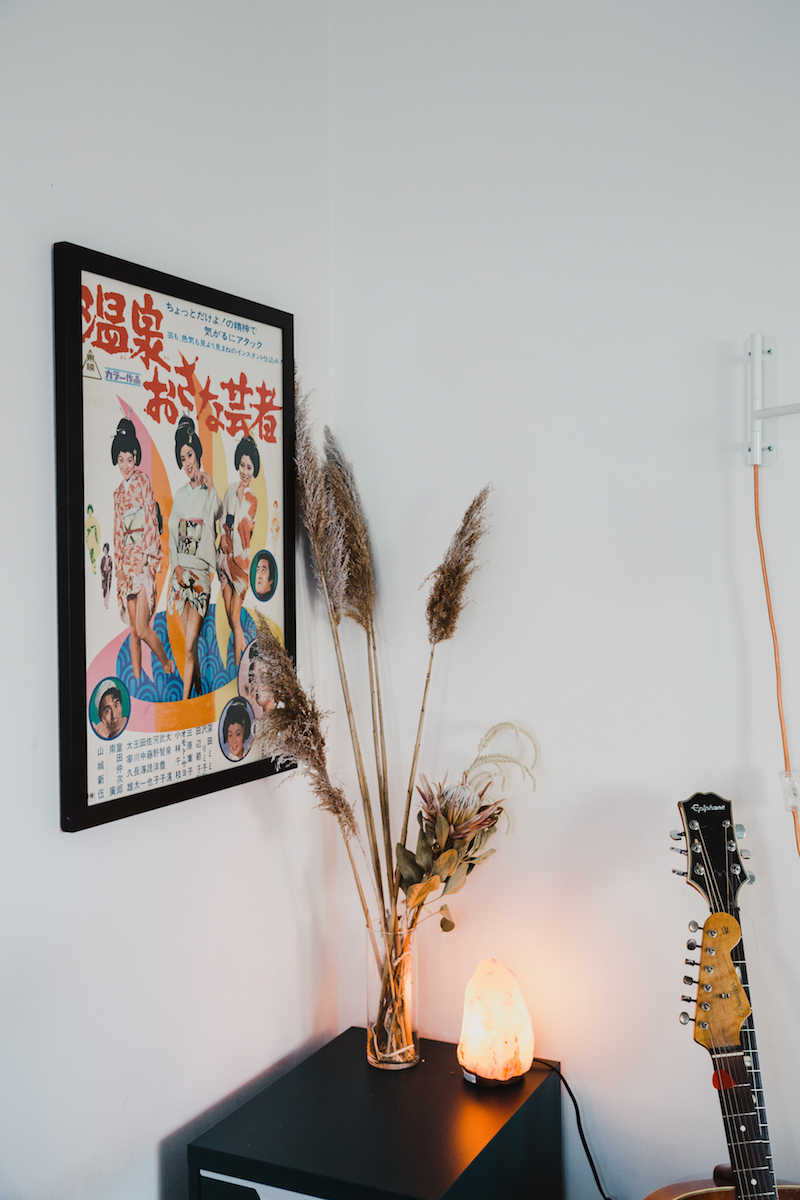 A little over a year since opening Chillhouse, would they say they’ve been able to chill out? Do they live their brand ethos? Well, yes and no.

“Both of us still find ourselves deep stressing often. That's going to come with anything,” Fulton said. “But the day-to-day conversations that are happening in our editorial space are a reminder to take it easy. Everything's going to be alright.” 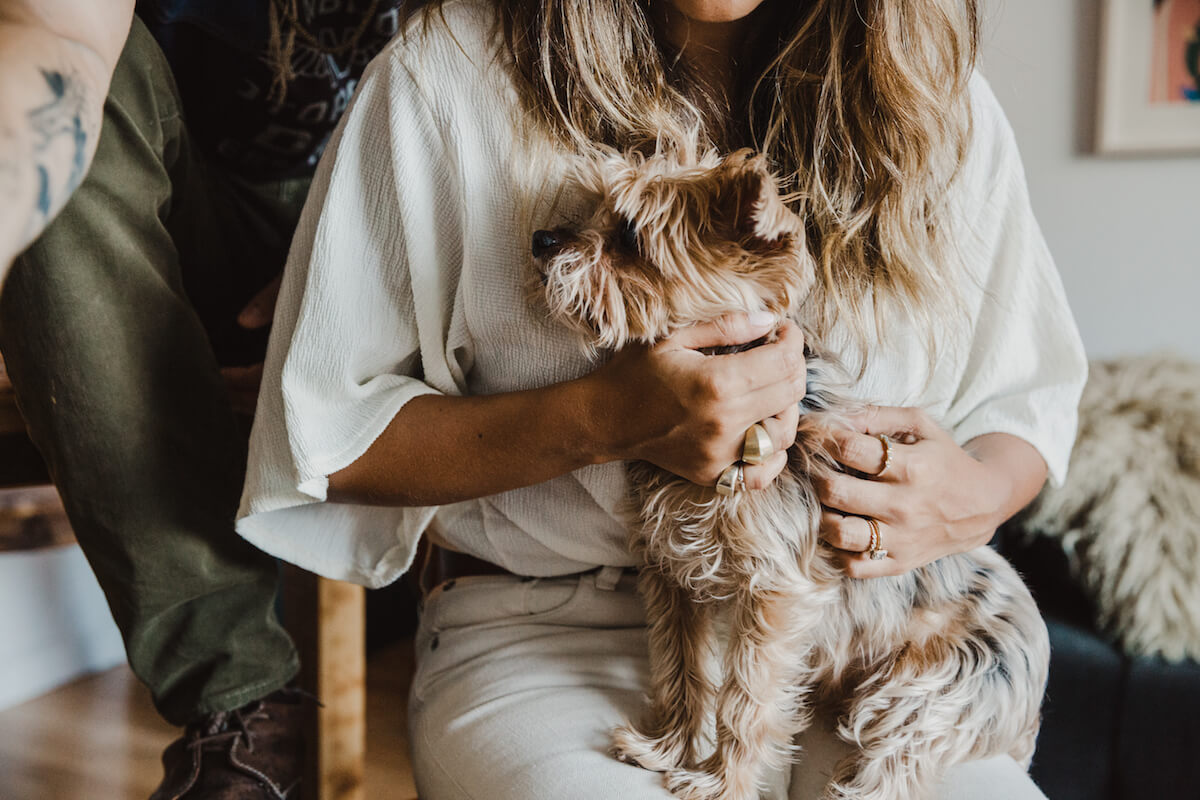 What we bought when…

…WE SIGNED THE LEASE ON CHILLHOUSE: A table and chairs

Fulton: “I went on Amazon and bought a cheapo table and four chairs so we could actually sit in the space. And then the first second we were in there, I started designing the neon. We had this idea for what a Chillhouse neon sign would look like. People like to take photos of them. They're kind of big brand statements. We made this neon that is a head and where the brain is, it says ‘chill.’”

Ramirez: “I was so adamant about having this iridescent cafe table. They powder-coated it and it ended up losing its iridescence.”

Fulton: “It never ended up coming out exactly right. If and when we open another location, there will definitely be iridescent metal something.”

… WE OFFICIALLY OPENED THE DOORS: a bottle of champagne

Fulton: “I ran next door and got a bottle of Veuve on that first night.”

Ramirez: “We just did a small friends and family thing [for opening night]. It was nothing fancy, there was no photographer. I was wearing a white caftan-looking dress.”

...WE STARTED PLANNING OUR WEDDING: A dress and a leather jacket

Fulton: “The first thing we bought for the wedding was the engagement ring, obviously.”

Ramirez: ”But then it was probably my dress. It's from Stone Fox Bride. And I got him a leather jacket for the wedding.”

Fulton: “She got me this awesome moto jacket from The Cast, which is down in the Lower East Side. It’s a custom jacket.”

Ramirez: “I monogrammed it inside.”

…BEFORE WE WENT ON OUR HONEYMOON: Essential beauty products and a good toiletries bag 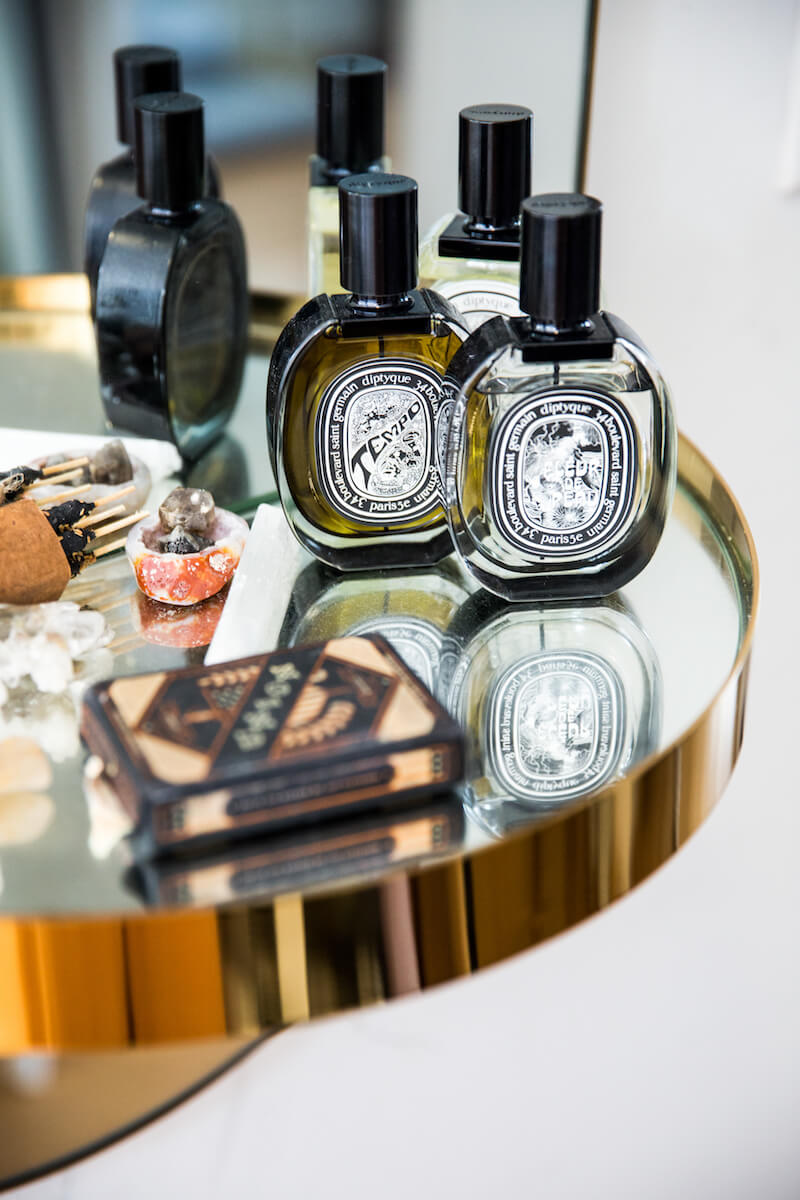 Ramirez: “I'm a Caudalie Beauty Elixir person. That or any mists. I've been travel a lot with face masks. Or a jade roller so I can massage my face in flight. I travel a lot with Nue Co.'s Debloat Food + Prebiotic—that really helps with my tummy. I don't always use it but I like having the option to use it if my stomach hurts.”

Fulton: “She got me a toiletries bag. I’m definitely a little hot mess-y in terms of my travel. It changed my life. I’d never had one before!”

Ramirez: “I think I got it at Modern Anthology. I got him an amazing laptop case from Billy Reid and I was so pissed. It was for our one year anniversary. But our car got broken into and it was stolen.”

...WE WANTED TO ADD PERSONAL TOUCHES TO OUR APARTMENT: A handmade wood table and benches 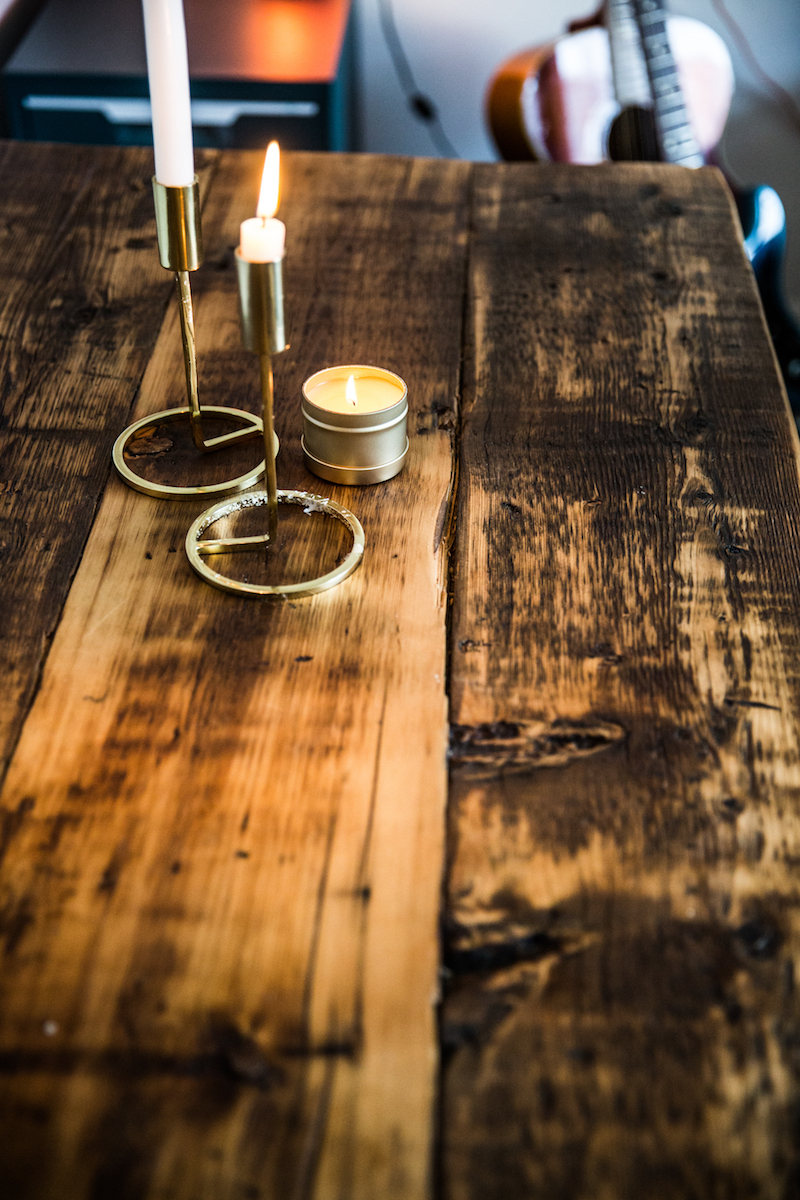 Fulton: “NYC apartments are tight. We wanted even an idea of a dining room. A woodworker friend of mine named Wild Willy, he's done a lot of our bars. He helped to do the table for us.”

Ramirez: “I bought these lucite candles. They don’t even burn, they’re just decorative. They're both from Casa Shop. I bought this Goobers candle, too. Casa Shop is this amazing vintage online retailer—they do a lot of their selling through Instagram.”