The source for shopping decisions, impulses, and inspiration
Photography by Gabriel Zimmer
Shopkeepers

Be Whisked Away to Blender Paradise

At this Williamsburg’s boutique, a carefully curated array of blenders stands out instead of blending in. Published: April 30, 2018

There’s something homey about the friendly chaos of Whisk. To walk into the Williamsburg cookware store is to be comfortably confronted by a wood panel-floored boutique that carries everything from oven mitts to blenders and bitters on its floor-to-ceiling wood-lined shelves. It’s about as far removed from the fluorescent, sterile feeling of a big department store as possible. 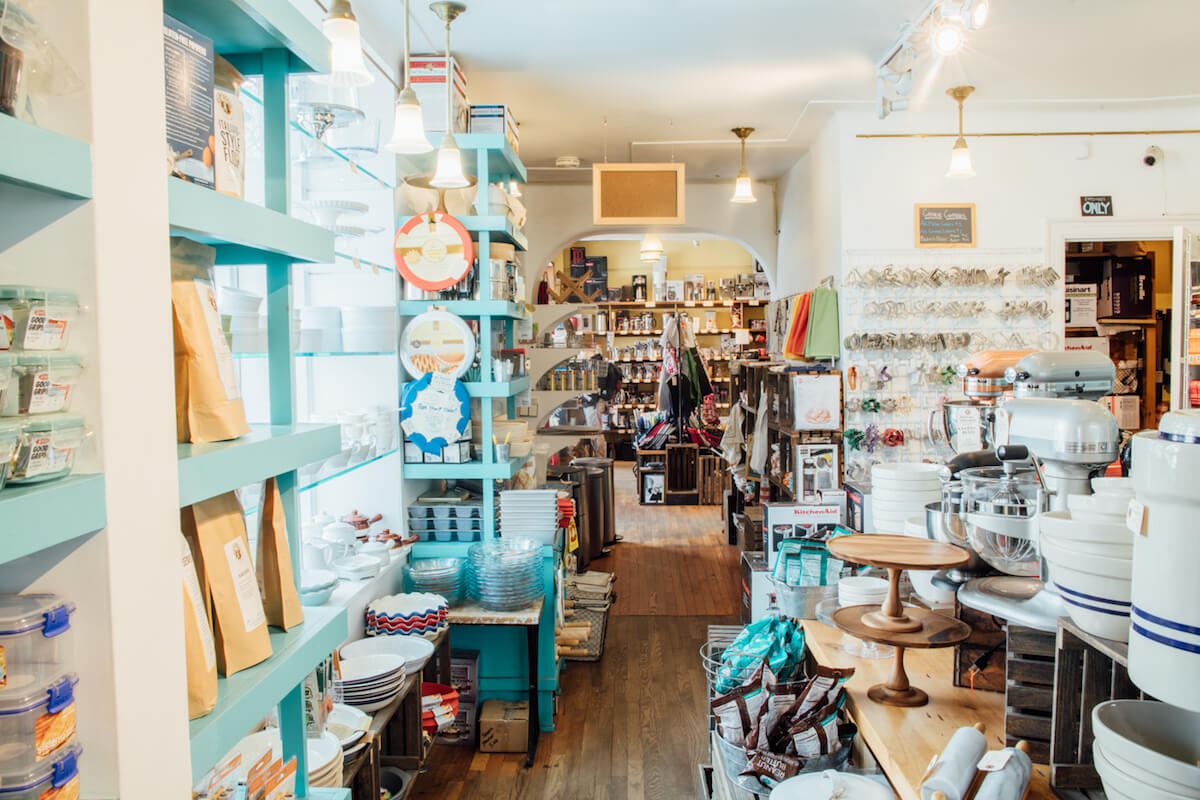 That feeling is intentional. “We’re a small store, especially compared to larger stores in suburban areas, so we have to be careful about not bringing in too many options,” says Tux Loerzel, one of the Williamsburg location’s two managers. Whisk first opened in 2008 and has since expanded with a second store in Manhattan’s Flatiron neighborhood, and a third will be added to the mix in Brooklyn Heights this coming May. “Our selection is a little more expensive than what you might find at Walmart, but these are much higher quality blenders.”

Loerzel, who got his start at Paul Smiths College, where he studied restaurant management and took culinary classes, studies reviews and ratings before deciding to bring a new blender into the store. “We’re really paying attention to what is the best option for us to bring in and offer our customers,” he says, which means careful readings of reviews on Amazon, the product’s website, as well as Cook’s Illustrated, which regularly puts out well-researched and highly regarded product reviews. 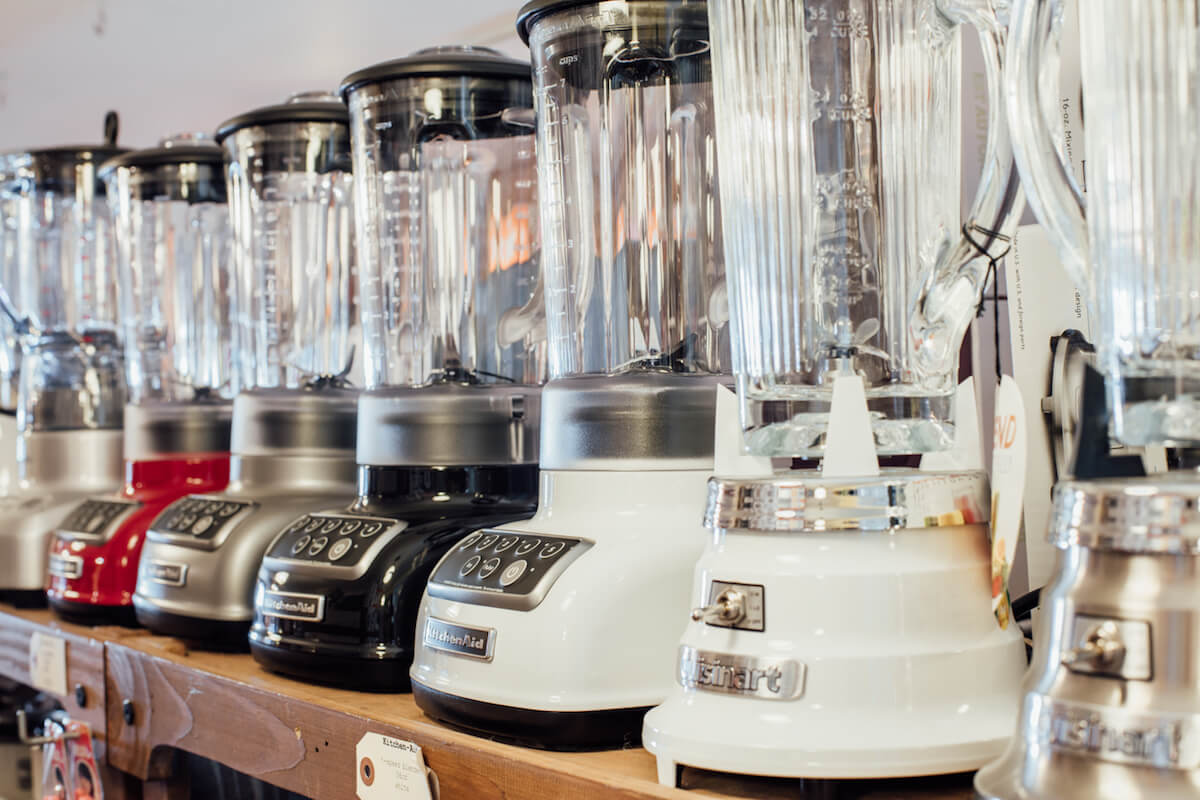 At Whisk, the current selection includes the Vitamix Ascent 2300($450), Breville’s Hemisphere ($200), the KitchenAid 5-Speed ($100), and the Cuisinart 2-Speed ($100). The distinguishing factors between the models include the power of the motor, the number of speeds in which the motor functions, and the size of the pitcher. “You can basically do the same thing in all of them, it’s just the more powerful the blender is, the more likely you are to have everything completely liquefied,” says Loerzel. “The Vitamix and the Breville are going to be much more likely to produce something completely liquefied. With the Cuisinart and KitchenAid, you can get that same texture, but you’ll have to blend for much longer, and there’s still a chance you might have some small pieces left over.” The KitchenAid is Whisk’s best selling blender, though Loerzel thinks that might have something to do with the line’s bright color options and brand recognition. 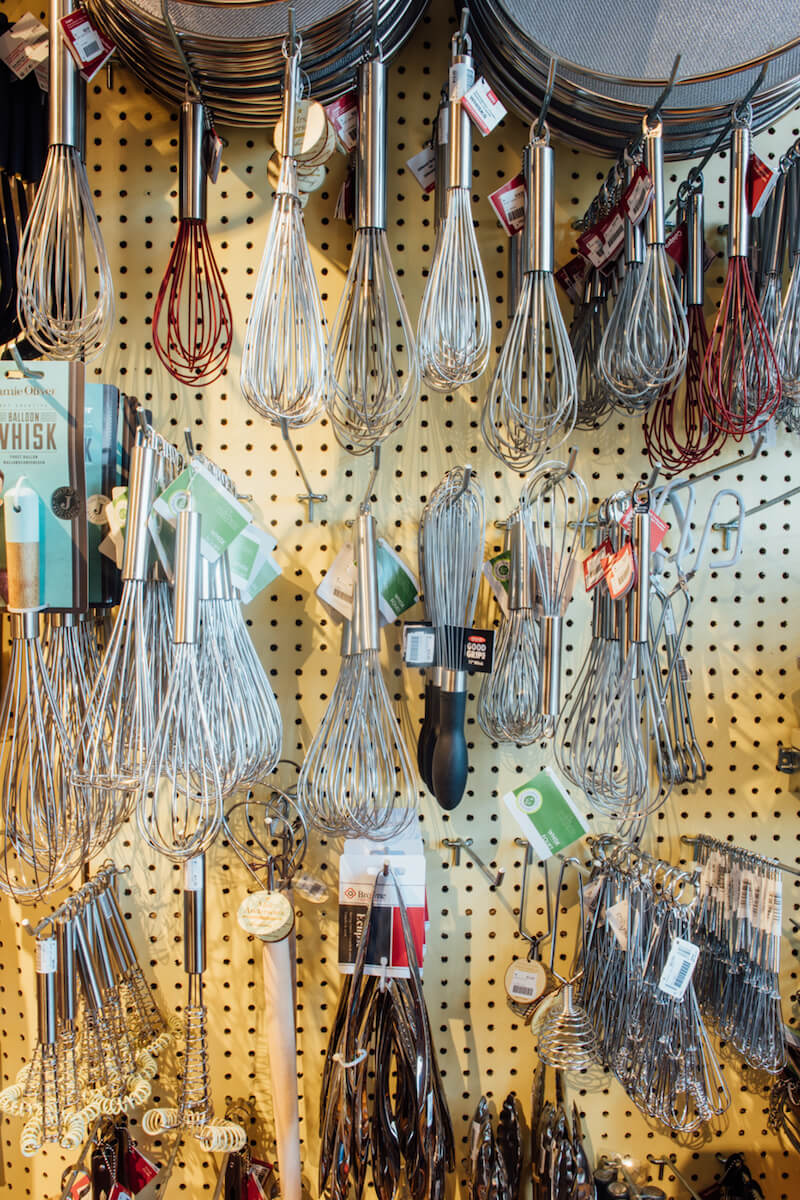 While Loerzel is an equal opportunist when it comes to the top-notch blenders stocked at Whisk, there is one kitchen gadget faux pas that he feels strongly about: Food processors and blenders are not created equal. “Food processors are better than blenders for recipes with thicker ingredients, like a dip or a hummus. A blender is better for more liquid ingredients,” he says, citing the food processor’s flat, wide base, allowing for easier recipe removal with a spatula or spoon, as opposed to the tilted, narrow base of a blender. In Loerzel’s expert opinion, a true home chef will have both in their kitchen: “They’re designed to be two different tools, but a lot of people will come in and ask for something that does both There are some on the market, but I think you sacrifice quality when you’re trying to have one tool that does two functions.”

These days, though, most customers are coming to Whisk for help whipping up homemade smoothies, but that’s not only because there’s a hint of spring in the air—Loerzel says shoppers want smoothies all year long. “Healthy cooking is something that has always been popular in this neighborhood,” he says. “Everybody likes the idea of healthy cooking, but in Williamsburg specifically, people are even into fermenting their own food. It’s next-level.” But that doesn’t mean Whisk’s blender-seeking clientele survives off of kale and quinoa alone. “In the fall, our customers are using their blenders for soups, but in the summer, there are a lot of frozen cocktails.”