The source for shopping decisions, impulses, and inspiration
Outside Rosalu Diner / Photography by Mia Godwin
Shopkeepers

A Brooklyn Diner Looks Ahead

COVID-19 #SmallBizSpotlight | Thanks to a new federal grant, Rosalu Diner lives to see another day as a neighborhood mainstay. Published: May 18, 2021

Whenever my dad visits a new place, his first order of business is to suss out its diner scene. To him, the diner is the heart of every neighborhood, a place where locals from all walks of life congregate on lazy mornings for reliably hearty, affordable, no-frills grub. It’s not flashy. It’s not a destination restaurant. At its best, it’s an extension of home, except you don’t have to cook or do the dishes.

This week, I’m featuring one such establishment in Clinton Hill that had a hell of a time making it through the pandemic: Rosalu Diner. Opened in late 2019 by Matt Hamilton, a veteran chef of NYC’s farm-to-table movement, Rosalu offers comfortable classics with market-driven ingredients like organic eggs and fresh horseradish (but don’t worry, Dad, everything’s still under $14!). After squeaking by the past year with 50 percent reduced rent and a broken oven, Hamilton is poised to receive a generous grant from the new Restauration Revitalization Fund, thanks to his priority status as a veteran. Keep reading for our conversation.

Tell me about your background in the restaurant business.
I got into restaurants after I got out of the Marine Corps in 1994 because I thought they were an exciting place to be. I did some hosting, but I ended up working in the kitchen and I stayed in the kitchen ever since, for 26 years. I worked in San Francisco at Zuni Cafe, then I went to Italy for a few years to work on an olive farm. I ended up back in New York and worked at one of the first farm-to-table restaurants, Five Points, and then at Prune. I opened a restaurant in the East Village called Uovo, and then I opened another restaurant called Lulu & Po in Brooklyn. I sold [Lulu & Po] in 2017 and opened [Rosalu Diner] in 2019. We opened November 7th, 2019, so four months and a few days [before NYC closed for the pandemic].

How was business in your first few months?
Fantastic. The sales were increasing constantly. And then COVID happened, so we totally shut down.

What happened then?
Well, we didn't know what was going to happen. I came to the restaurant, got rid of everything that was perishable, and then was hopeful that it was going to be just a few weeks, but that didn't happen. I was lucky to be involved with this company called Brooklyn for Life, which was helping restaurants provide meals for first responders. So I started making sandwiches for five FDNY paramedic stations, and that kept me afloat for a short period of time. That program fizzled, but it did help a lot of restaurants. At the time, my landlord was really helpful. She gave us half-rent. We had some money in the bank, and with what I was making from [feeding] the FDNY, I could at least afford the rent and electricity. But it wasn't sustainable in any way, shape, or form.

When did you reopen?
In April at some point. My old barista came back to work with me and we reopened Fridays, Saturdays, and Sundays with a really small menu. And then we just kept expanding. We went from three days to five days. Sometime in the summer, we went to seven. I hired a cook in August, so then it was just myself and one other person [in the kitchen]. Then we hired another barista and a part-time runner.

Did you do much delivery or takeout before COVID?
No, because we were so busy inside the restaurant, we couldn't handle it. Luckily, we have a Toast POS program and they helped us get up and running and linked our website to the online ordering program. And then we hooked up with a company called Relay, which does our delivery for us. But we were competing with restaurants that were established [with delivery], so it took a while to catch up, but the online ordering is pretty good now. At one point it was 50 percent of our business.

How was business in the summer?
It was fine, but September and October were our best months because the weather was perfect. I've been noticing that our business — and everyone else's business — is all weather-based. If it's raining, we're slow. If it's nice, we're packed.

What did you do in the cold months?
[People stopped] sitting outside around the end of January. Then we just did takeout. At some point they allowed seating back inside ... I can't remember, I'm losing track of days. It was kind of crazy. Winter was hard on a lot of people. It was hard on us, too. The week after Thanksgiving, business cut in half, and it remained at that level until about three weeks ago.

Do you worry about having to shut down because of the inconsistencies?
I don't. If this had been a normal year, in normal circumstances, I definitely would not sleep [considering the reduced revenue]. But since it's COVID, I keep telling myself that this is out of my hands and there's nothing I can do. We have a great product, a nice space, and we’re in a great area. It has nothing to do with us. And since there are relief programs and helpful landlords and people who are supporting us through this, we can do it. We just started paying full rent. The only reason why is because we're going to be getting the Restaurant Revitalization Fund, which is [part of] the Biden administration’s COVID package. There is $28.6 billion going to restaurants across the United States. Veteran-owned, women-owned, and minority-owned businesses get priority money [for the first three weeks applications are open] … I applied on Monday [May 3rd] and they said we should have it in 20 days. It’s for small restaurants like mine; no chain restaurants are allowed to apply for it. An individual restaurant below 500 seats can get up to $5 million. You deduct any PPP loans and your 2020 sales, but it’s a significant amount of money.

Wow.
Yeah, this is a big, big deal for the restaurant industry. It does not have to be paid back, and it has to be used before March of 2023 for anything in the restaurant. Anything. We've squeaked through on nothing, and this is going to help us immensely. There are some maintenance things I need to get fixed in the kitchen ... I have a broken refrigerator, a broken stove … and I haven't had any money to do it. Now we can fix it all. The second biggest thing is I can hire another cook, which will get me out of the kitchen. 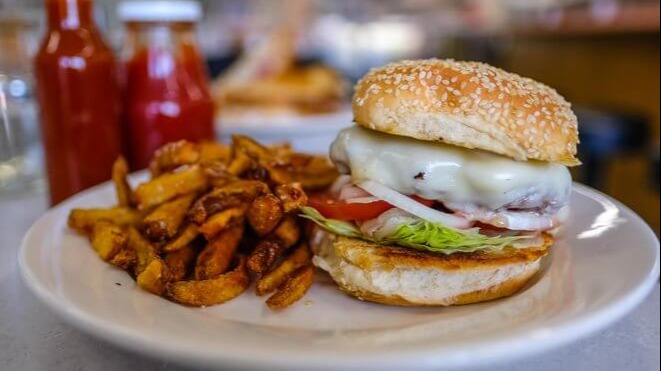 
How do you feel about the government’s overall response to this crisis?
I don't think the government was prepared for any sort of economic downturn due to a pandemic. The Obama Administration had a plan for a pandemic, as far as health concerns, but there was nothing in place for the economy. And the Trump Administration … Forget it. They basically said, “Screw small business.” He wanted to save the corporations, whereas this administration is now focusing on small businesses, which is really important at this stage. Lesson learned, I guess.

And what about New York State’s approach?
I thought that Cuomo’s leadership skills during the pandemic were pretty good. He let people know on a daily basis what was happening. But de Blasio was a waste of time. I think New York State did a great job on the moratorium on rent evictions for retail spaces, but they're not helping landlords. In the long run, [landlords] are in jeopardy of losing their buildings as much as business owners are in jeopardy of losing their businesses. There are some programs in place for landlords, but they're very difficult to comprehend and there are multiple steps to get the money. They could have made that process easier.

Have your relationships with customers evolved over the past year?
We have a core group of mega-customers who supported us through this. To the point where I feel like I should give them a discount for showing up every week, three times a week through COVID. We’ve also gained a whole new clientele [through] the takeout business … As we gradually reopened, people who live in the neighborhood who we didn't see when we were open the first four months [started] getting breakfast sandwiches to go.

Thinking ahead to the summer and restrictions lifting, what are you excited to do at the diner?
I'm going to close for a week. We all need a break. None of us had any vacations. We want to let everybody reset and then come back at the end of the week and be ready to go again. And then, you know, hopefully we’re busy. The worst thing in a restaurant is when it’s slow. When it's busy, people are happy. You're selling drinks, you're selling food, everybody's making money. We're just looking forward to some sort of resemblance of a real restaurant.