The source for shopping decisions, impulses, and inspiration
Outside Four & Twenty Blackbirds in Gowanus / Photography by Michelle Giang
Shopkeepers

A Beloved Brooklyn Pie Shop Keeps the Oven On


Of all desserts, pie has dominated the American imagination like none other. A fixture of any respectable roadside diner, most Thanksgiving tables, and just about every slapstick comedy out of Hollywood (OG creds to Chaplin), pie achieves that all-too-elusive balance of homestyle reliability and endless possibility. Savory or sweet, rich or tart, open-faced or latticed, it is our hardest-working pastry.

I love pie — surprised? — so this week’s interview with Emily Elsen of Four & Twenty Blackbirds, Brooklyn’s cult-favorite pie shop, was a particular treat (pun 100-percent intended). Launched in 2009 by Emily and her sister, Melissa, the bakery is beloved for its old-school buttery crust and new takes on familiar fillings like salted caramel apple. Below, my conversation with Emily on how she and Melissa have kept the pies rolling since March.


How did you learn to bake?
Food was always a big part of our family life. We grew up in a small farm town in South Dakota. I was five years old and Melissa was three years old [when] our mom and her sisters took over the local restaurant. Everything was made from scratch. Chicken fries, chicken roasts, special hot dishes, and soups ... Very approachable. And Grandma baked the pies. We grew up playing there. I would go there for lunch break from school. It was our summer jobs: We started out as dishwashers, and by the time we graduated high school we were short order cooks. Grandma would come in once or twice a week to make the pies. I wouldn't say she was like, "You're going to learn how to make pie." It was more that we were around it all the time.

Did you always want to open a bakery?
I don't think either of us thought we would end up in the food business for our careers. Melissa studied business and finance and I studied fine art. But we had a really strong pull, growing up with it.

How did you return to baking after pursuing such different disciplines?
I came to New York in '99 [for school] ... Post-college, I got involved in an art studio that my friends were starting. It's called the Gowanus Studio Space, and it’s still going. Gowanus was off the beaten path at the time: the Whole Foods wasn't open yet; it was mostly studios and manufacturing, with a little residential sprinkled in. A lot of artists and musicians were down there, but there wasn't a local coffee shop or anything. Melissa moved here in 2009, and it was the financial crisis. She was not able to get a job in entry-level finance, so we started baking together. That led to making pies for the studio. We started to develop the idea of having a pie company … Then we saw the location near the studio. And the rent was cheap. So we wrote a business plan and went to the SBA and a couple banks, but we were two young, inexperienced people — Melissa was 26, I was 29 — so no institution was like, "Sure, we'll give you $100,000." We talked to our father about it. We did the projections — my sister, of course, has a finance background so she was able to do a very basic business plan — and he agreed to cosign a loan for us. We used the money to build the place ourselves. We did it very cheaply, because we were taking a big risk, and we were not restaurateurs. We were just young people with an idea.

What was the initial response?
We got a lot of attention in the press. Melissa and I were the only two people [at first]. A couple friends would help out. Soon we had to hire some people because we were busier than we expected. The city’s competitive; you don’t know if people are going to like your product, or if you'll be filling a need. But we were busy right away. Eventually, we were approached by a number of different editors and publishers and we published a cookbook in 2013. Then we started to expand: We built a 4,000-square-foot production kitchen and after that we opened a little pie bar and café on Dean Street [in Prospect Heights].

What happened when COVID hit?
I will say upfront, I've lived through 9/11, I've lived through the blackout, I've lived through lots of stuff in New York that's crazy, but this just really takes the cake. And then you add the political unrest on top of it. I was nine months pregnant with my first child when COVID hit. My husband works in fine dining, and his restaurant closed right away in March. I worked up until going into labor. When the shutdown came through and they made the provisions for delivery and socially distant counter service, Melissa and I sat down and talked it over. We were very nervous, because we didn't want to put anybody at risk. We took this very seriously, not least because shortly after [the shutdown] a dear friend of ours lost his 32-year-old son. And just this past weekend, one of our uncles died from it.

I'm so sorry.
Thank you. Melissa and I made a very conscious decision [to stay open], because we both felt that if we didn't we might not ever open again. The margins can be very slim in the food industry. And we don't have a huge savings account that would be able to float us through. We need our income; I think most food businesses run that way.

How did you stay open?
So much was unknown in the beginning, and we were hearing horror stories of places not taking precautions and people getting sick, so we were just really careful. We paid attention to every new [guideline] coming out: putting up the plastic sneeze guards, marking [6 feet] on the ground, making sure everybody wears masks. We stocked up on gloves and masks and sanitizer. We put in protocols for wiping everything down with bleach water. We took all the seating out and limited staff to one person working at a time. We minimized the amount of people working in the kitchen. We both agreed that we were not going to force anybody to work if they don't feel comfortable. A number of people didn't want to stay working, and that was fine — they went on unemployment, we didn't fire anybody. Then I gave birth and I was out of it for quite a while. To be honest, I've just barely started getting back to work. Because of COVID and having the baby, I ended up taking a longer maternity leave than I anticipated. My sister has been holding down the fort. 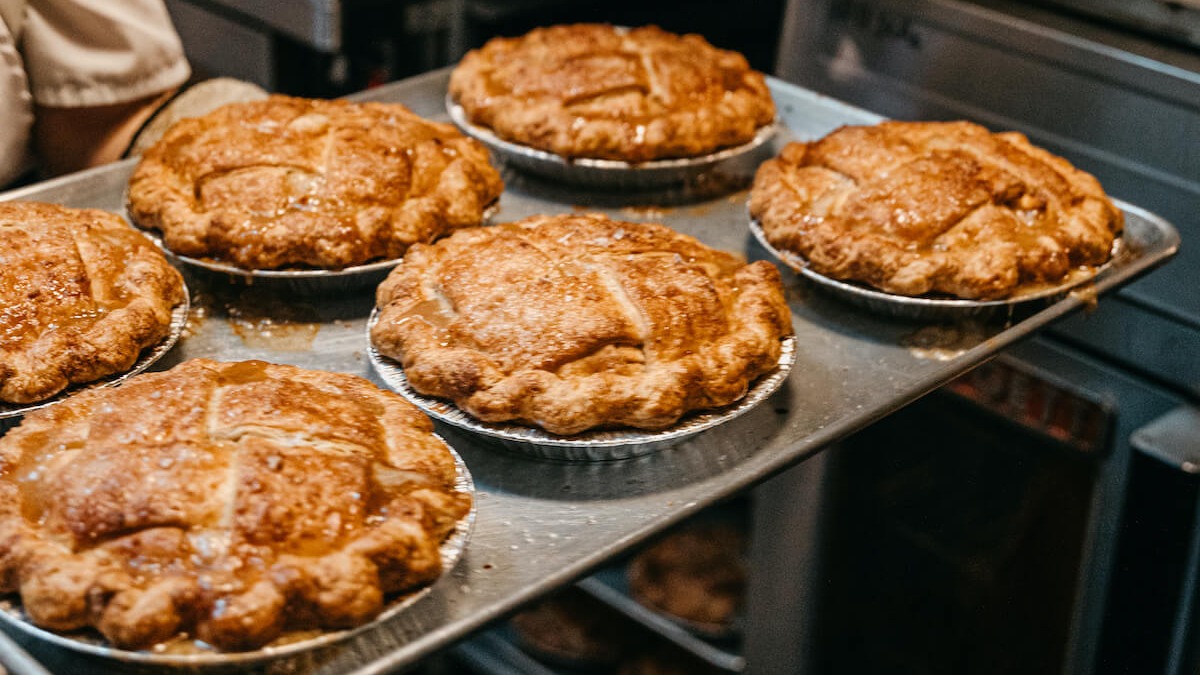 Did you have online delivery in place before the shutdown?
That was a serendipitous thing that we had already been working towards. We were doing Grubhub and Caviar [before], but only to Brooklyn. Fortunately, right before the shutdown, we had just partnered with a secondary delivery company so that we could deliver all through Manhattan and Queens and Brooklyn.

What has the pandemic meant for you on a fiscal level?
We feel really fortunate that we were able to make it through, because so many colleagues and friends have closed their doors. We tightened things up and we are constantly looking at our numbers. We were able to avail ourselves of the PPP loans, which was very helpful. But we had to monitor it very closely. So we've been okay. I don't know what's going to happen in the next six months. It could get worse.

What about rent?
Our landlords gave us some flexibility in the beginning. All three of our landlords are really great people who understand business and want to see us survive. We have been very fortunate.

I feel like the pandemic has incited this crossover in food and wellness, where so-called “indulgences” are now being rebranded as self-care. People are also cooking and baking at home a lot more. Is any of that impacting your business?
For sure. We have a pretty good following on Instagram, 50,000 or something, and a lot of those people are home bakers that use our cookbook. Using social media as a barometer, I see people [posting] like, "I got a delivery, treating myself." Especially over the holidays, people still wanted to celebrate, even though they couldn't be with their family or in such large gatherings. We've become a tradition for people, after 10 years. Something you made me think of, too, is when we opened around 2009, people were asking me the same question because of the financial crisis. They were like, "Well, your pie is an affordable treat." A cup of coffee and a slice of pie feels like a special indulgence that you can afford right now.